CoE and allies call out enemies of press freedom 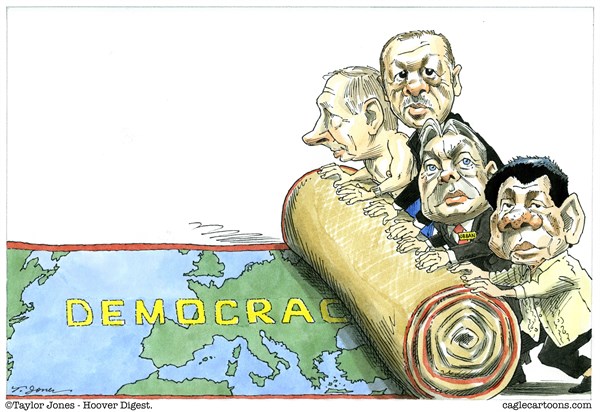 Only days before the US – Russia summit in Geneva – see latest reports from BBC – the in Nicosia shone an all-too-rare spotlight on European governments’ state capture of media, and the harassment, persecuting, and sometimes murder of journalists. It amounted to a direct confrontation with the European governments drifting, as in Hungary and Poland, towards Russian-style control of the media. (On cue, Russia rejected cooperation with the CoE’s Platform for the safety and protection of journalists.)

Meeting under the umbrella of the Council of Europe, the conference produced four political resolutions and a Final Declaration and approved a “roadmap” for the 47 CoE member states.

As reported earlier, the ambitious intention is to reverse a general decline in media freedom through intense political pressure to ensure that states implement binding obligations under Article. 10 of the European Convention on Human Rights. (See also Art. 10 case law.)

Will the Nicosia meeting mark a turning-point? Just maybe.

The political rhetoric at least sounds promising. In advance of the conference the 47 governments on May 21 agreed to the CoE’s four-year strategy to put media freedom at the heart of its work.

The “Tromsø Convention” on access to official documents came into force in 2020, initially with just 10 participating states. The  CoE is now preparing new legal standards to safeguard human rights and the critical role of journalism in the digital sphere.  (See crackdown on Russian digital platforms, and recent interview with editor of Meduza.)

On the ground, the realities are more than disturbing. The Platform for the safety of journalists has recorded 33 targeted killings of journalists in Europe in the past six years. Against that background, the Council’s main decision-making body, the Committee of Ministers, has pledged to work more closely with civil society, enhance monitoring mechanisms, and apply political leverage when states fail to implement Court of Human Rights judgments.

Turkey and Russia are among the conspicuous offenders. In her 2021 Report, CoE Secretary-General Marija Pejčinović Burić  publicly deplored the fact that more than 300 court rulings against states for violations of freedom of expression rights, including the wrongful imprisonment of journalists, had not been implemented.

Those preparations set the stage at the conference for outspoken criticism of governments by international legal experts and leading civil society and journalists’ organisations:-

# David Kaye, chairman of the Global Network Initiative and former UN Special Rapporteur for freedom of expression, named Turkey, Russia, Hungary, and Poland as countries which must be “called out” for replacing independent media with state media, contrary to their international legal obligations.

# Amal Clooney, the deputy chair of the High Level Panel of legal experts on media freedom who last year demanded justice for the murdered Saudi journalist Jamal Kashoggi, said autocratic regimes around the world now outnumber democracies. Those who persecute journalists must be punished according to international law, and European states 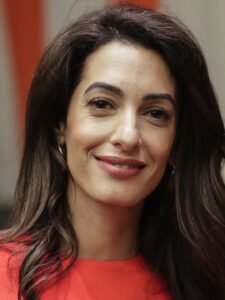 should lead by example. The High Level Panel has called on democratic governments to impose targeted financial, travel, and trade sanctions on those  abusing or imprisoning critical journalists.

# Ricardo Gutierrez, Secretary-General of the European Federation of Journalists, singled out Slovenian prime minister Janez Janša over 11 cases of verbal harassment or intimidation of journalists, including accusations of lying or spreading “fake news” published on the CoE’s Platform for the safety of journalists.

# Dunja Mijatovic, the Council of Europe Commissioner for Human Rights, said politicians and public figures must bear special responsibility for intimidating journalists through smear campaigns on social media. Such abuses have led to widespread self-censorship, she said.

# Agnes Callamard, secretary-general of Amnesty International, called on the Council of Europe to impose a moratorium on the sale by European firms of sophisticated ‘spyware’ that is often used to track and silence journalists by threats and acts of violence. She also called for states to issue ‘restraining orders’ on would-be attackers and to accept an ‘obligation to warn’ journalists who face a threat of imminent attack.

# Vera Jourova, Vice President of the European Commission, pledged to work with the Council of Europe to protect journalism from the dangers of Artificial Intelligence including cyberattacks, disinformation, and the unaccountable actions of social media platforms. The Commission is to prepare an EU Action Plan to protect media freedom and plurality, and a Recommendation on the safety of journalists based on the work done by the Council of Europe, she said.

# The AEJ, Index on Censorship, Article 19, and the Committee to Protect Journalists, representing the 14 Partner organisations of the Platform for the safety of journalists, presented key trends from the 201 media freedom alerts recorded last year.

They called for robust political leadership and actions to protect journalists from attacks, and end the impunity which often shields powerful figures from facing justice. The Partners also called for Belarus, a non-member of the CoE, to be included in the remit of the Platform. And they urged ‘forceful action’ to stop the extreme repression of journalists by the Belarus authorities.

# The most urgent problems for media freedom in Europe are the lack of effective protections for journalists under threat, and political meddling in the independence of national judiciaries that often prevents journalists from obtaining redress for abuses and injustice. Numerous conference speakers urged European governments to remedy such basic failings by actually implementing the authoritative Guidelines on protection and prosecution issues that they agreed to five years ago in the Committee of Ministers’ Recommendation (2016)4

The Council of Europe is soon to launch a “comprehensive campaign” involving governments and stakeholders to protect journalism and the safety of journalists across Europe. It will promote and provide advice to establish National Action Plans to implement the key 2016 ministerial Recommendation.

For their part, journalists’ organisations and civil society will need to intensify their engagement for press freedom, and exert as much pressure as possible on governments to respect their national and international obligations, and the promises that they have just made.

♦ S-G writes: The latest – positive – twist in the endless wrangling within the European institutions is a confrontation between the European Parliament and the Commission. The EP has overwhelmingly voted to take the Commission to court over not over the failure to trigger financial sanctions against Poland and Hungary for undermining the rule of law.