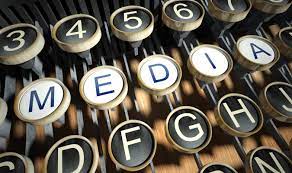 The Commission has published a €7.6 million call for journalism partnerships financed for the first time through an EU programme: Creative Europe. Grants will support cross-border collaboration among news media professionals in Europe.

This first call promotes business transformation and journalistic projects – this can include the development of common technical standards, new types of newsrooms, the testing of new business models, original reporting and innovative production formats.

Vice-President for Values and Transparency, Věra Jourová, who recently joined other EU ministers in speaking out about the battle to stop interference or worse of free, independent journalism, said: “It is the first time that the EU supports such journalism partnerships. It is a clear message to journalists and media actors that we stand by their side to help them address the challenges they face.

“Increasing and diversifying funding support goes hand in hand with our work for democracy, the rule of law and for a fairer online environment”.

Commissioner for Internal Market Thierry Breton, added: “Media freedom and pluralism are key values on which our democracies stand and cannot be taken for granted. Through our Creative Europe programme, we will allocate an unprecedented budget of at least €75 million by 2027 to supporting media freedom and pluralism.” Interested consortia can propose collaborations in a specific journalistic genre, and will operate with full editorial independence. Their projects should aim to help the wider European news media sectors, including small media. The deadline for applications for this call is August 26, 2021.

Several other calls, representing close to €12 million investment for European media projects, will be launched in the coming weeks, while other calls relevant for the news media sector, such as the Creative Innovation Labs, have recently been published.

The Commission decided to strengthen its support to the media sector as part of the European Democracy and the Media and Audiovisual Action Plans. (For more information: Johannes Bahrke – Tel.: +32 229 58615; Charles Manoury – Tel.: +32 229 13391).