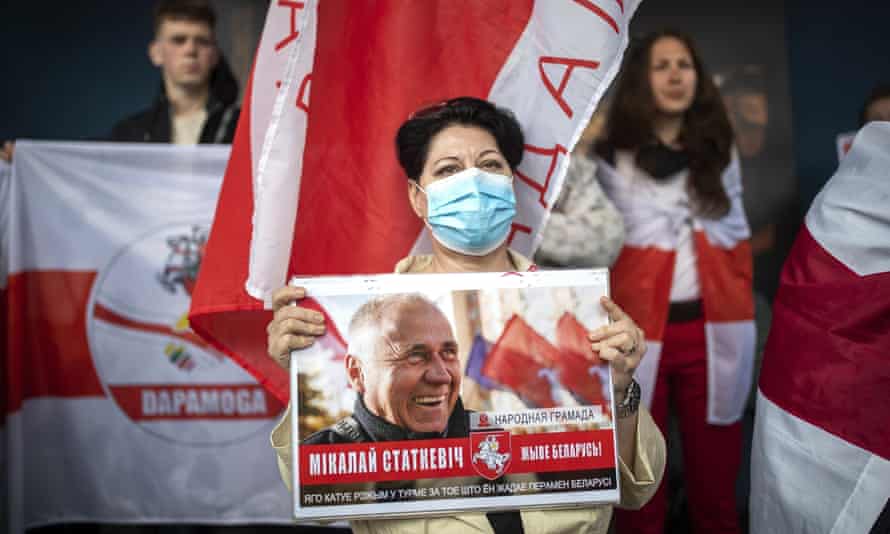 It is still unclear whether the kidnapping of Protasevich and his Russian girlfriend Sofia Sapega was sanctioned by or involved Russia and its secret services. But the Kremlin has now shown its cards, and is certain to veto any declaration made after a closed-door meeting of the UN Security Council demanded by France, Ireland, and Estonia. US President Joe Biden, due to meet Russian leader Vladimir Putin on June 15, has asked his team to develop “appropriate options”, in collaboration with the EU and its allies, to hold accountable those responsible for the outrage. The issue may well eclipse the row over the completion of  Nordstream II, on which Washington appears to have thrown in the towel.

Meanwhile the persecution of Belarus’ opposition, sealed with a further blanket ban on reporting demonstrations, was given pride of place in RT’s (Russia Today’s) despatch. RT quoted the state news agency Belta as explaining: “Journalists, in the performance of their duties, are prohibited from acting as organizers or participants of mass events.”

Under the headline “Persecuted, jailed, destroyed” the Guardian‘s Moscow correspondent Andrew Roth reported today on the funeral of 50-year-old Vitold Ashurak, sentenced to five years in prison after last year’s demonstrations. A month before his death, Ashurak revealed that political prisoners were forced to wear yellow badges that identified them as extremists. His head was entirely covered in bandages when his body was returned to his family. Only his mouth was visible.

The colour coding of how prisoners should be treated was revealed by the Economist in a chilling leader article on December 3 last year: “Green means humiliation, which may involve sexual abuse or the threat of rape. It is reserved for young men sporting dreadlocks, long hair or piercings. Yellow paint, when daubed on those who ask too many questions or argue with riot police, spells a beating. Those who try to run away or resist arrest are sprayed with red paint and subjected to torture so severe that it could leave them disabled for life.”

Belarus’ dictator Lukashenko’s opponents are often taking refuge in the EU member states on the Baltic, as well as Poland. Lukashenko does not shrink (like Russia) from operations in the EU, including smuggling people out in car-boots. See: https://news.house/41971