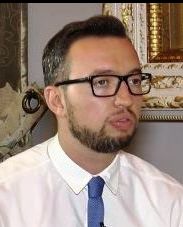 The election triumph of our colourful artist-turned-Prime Minister, Edi Rama, now in power for an unprecedented third round, is still disputed by the opposition parties. His Socialist Party won by a landslide, with 74 seats in the 140-seat parliament.

The usual accusations are being made by the opposition parties of “vote-buying” and other tricks. There is, this time, little evidence of that, only the entirely legal pre-election promises of – or actual – investments in our terrible roads and other infrastructure, and government “seasonal” jobs which become permanent only if the “seasonal workers” vote the “right” way.

Is that “state capture”, as Transparency International and the Institute for Democracy and Mediation (IDM) accused in their report in April? Maybe, at least to an extent. But what we do know for certain is that the election saw hi-tech abuse of data as part of Albania’s political and media life, making us modern – though perhaps not in the best way.

The worst scandal of the election was that the personal data of a million or so Albanian voters turned out, only a week before polling day, to be in the possession of the Socialist Party headquarters – a fact which was leaked. The media reported that it was obvious that the data came from the government’s National Agency of Information, since they contained sensitive data such as ID numbers, private and workplace telephone numbers, and political preferences.

The Prosecution office SPAK started an investigation, not to establish why or how the party came by all this information, but by investigating the two journalists who revealed the fact – Andi Bushati and Armand Shkullaku – but did not question the government and party officials who obtained and used them.

The list contained detailed personal data (mine too) and seriously endangered people’s personal security. It is not a heavy file, only 500 mb in an Excel list, and went viral on mobile phones, and circulated online.

The President of the Republic Ilir Meta called for an investigation into the scandal, an appeal supported by opposition leaders. It may explain why, post-election, he is now facing impeachment. Socialist Party leaders belittled the leak, calling the system “patronage” a simple one, where a Socialist party member living in a certain area of the city check the voting lists, dividing it into buildings and even apartments as family members vote, their place of work, ID etc.

The Socialists say that all political parties have such voter lists. However, this is the first time such a scheme has been revealed with details, which according to many citizens and opinion leaders is similar to the schemes used by the State Security (former secret service during Albania’s dictatorship led until 1985 by Enver Hoxha, which eavesdropped on people and punished them when they spoke against the Communist Party).

The scheme is so sophisticated that it also has the voting preference and data of the head of the Intelligence Service, not even excluding judges and leading figures in the media leaders, considered safe Socialist voters. In many cases the scheme also includes hate speech, such as the case of the 80-year-old mother of a member of the Central Election Commission, Muharrem Cakaj. Her file said that: despite the fact that she cannot physically walk, she party would forcibly take her to vote! The fact was denounced by Cakaj himself, who expressed his anger about the bullying comments.

“You cannot do anything against the patronageists, and be careful: they know you,” said Edi Rama,who also said he was very proud of them. Many of these “patronage” workers are employed in the offices of the Socialist Party or at junior levels in the state administration. Genc Sejko, a well- know satirist, commented: “We are not afraid because we also know the patronageists”.

So welcome to my Albania, getting safer and better despite everything, and where we are hoping to start EU membership negotiations later this year.