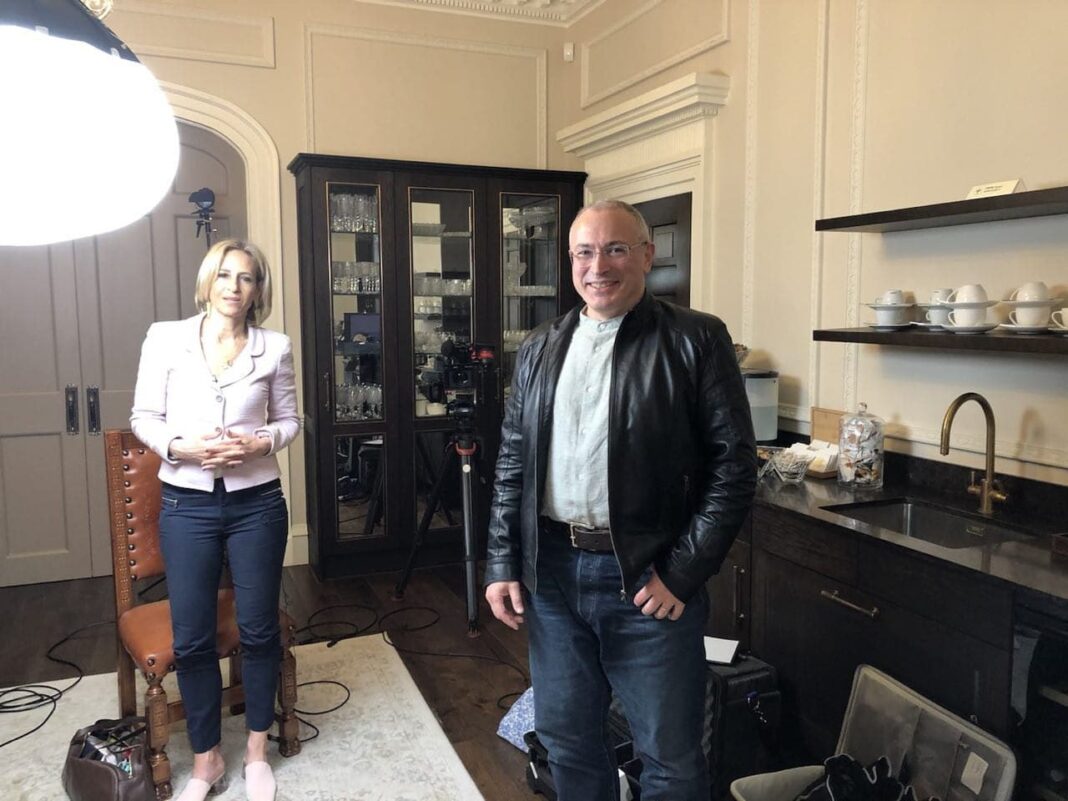 The AEJ President today backed the dramatic plea on the BBC https://twitter.com/BBCNewsnight/status/1384997315308568578?ref_src=twsrc%5Etfw%7Ctwcamp%5Etweetembed%7Ctwterm%5E1384997315308568578%7Ctwgr%5E%7Ctwcon%5Es1_&ref_url=https%3A%2F%2Fkhodorkovsky.com%2Fmbk-there-is-finally-some-understanding-of-what-should-be-done%2F by exiled Putin opponent Mikhail Khodorkovsky for western leaders to recognise the time had come to stop making statements and act – as President Biden is doing – against the individual strongmen and oligarchs who support Russian President Vladimir Putin.

Many of them hide their wealth in London, notoriously the money-washing capital of the world.

“Putin is obviously not afraid even of thousands demonstrating against him,” said President Tsaousidou. ”He makes opposition illegal by branding its supporters terrorists, spying on them, and locking them up even months after the CCTV cameras have seen them. And trying to murder his main opponent, Navalny. It is hard to imagine a more disgusting way of treating one’s people.”

Today the defiant Russian opposition leader  Alexei Navalny, looking “like a skeleton”, he said, appeared in court again to lose an appeal against a conviction and a 11,400 US dollars fine for “defaming a war veteran”. He looked gaunt after almost three weeks’ on hunger strike, and now facing the shut-down and criminalisation of his political movement as “a terrorist organisation.”

Khodorkovsky, echoing President Saia’s Media Freedom Day statement about “the dearth of strong leadership in the West,” said only freezing the assets of his cronies would seriously undermine what he called “Putin’s operation”. Thousands of people on the streets made little difference: “The government does not depend on the electorate”.

Founder of the Open Russia Movement, Khodorkovsky, once owner of the Yukos oil company and one of Russia’s wealthiest men, had the company confiscated from him and spent 10 years in a Siberian penal colony before being exiled. “Putin would love to go if he had such an opportunity,” he said. “Each year it shrinks because the longer his regime goes on, the more crimes it commits….He has painted himself into a corner from which he cannot escape.”