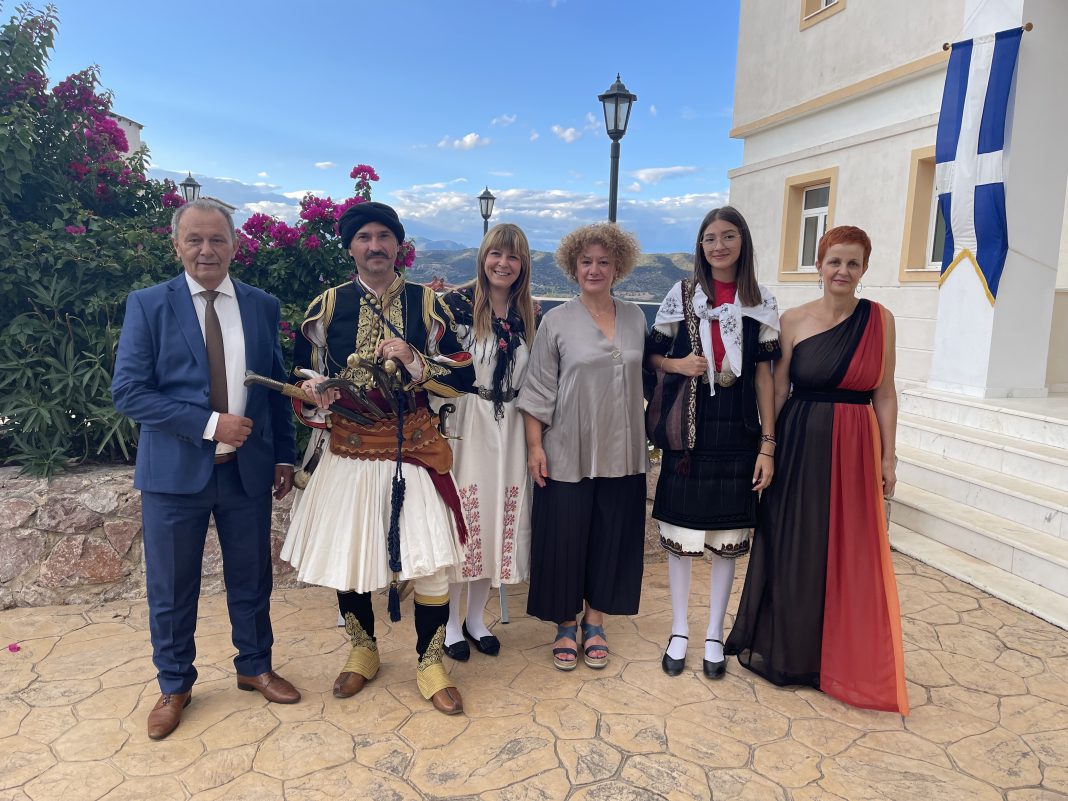 The events of Remembrance and Honour, to commemorate the anniversary of the “Third National Assembly of Troizina”, were presented by Mrs. Isaia Tsaousidou, President of the International Association of European Journalists. 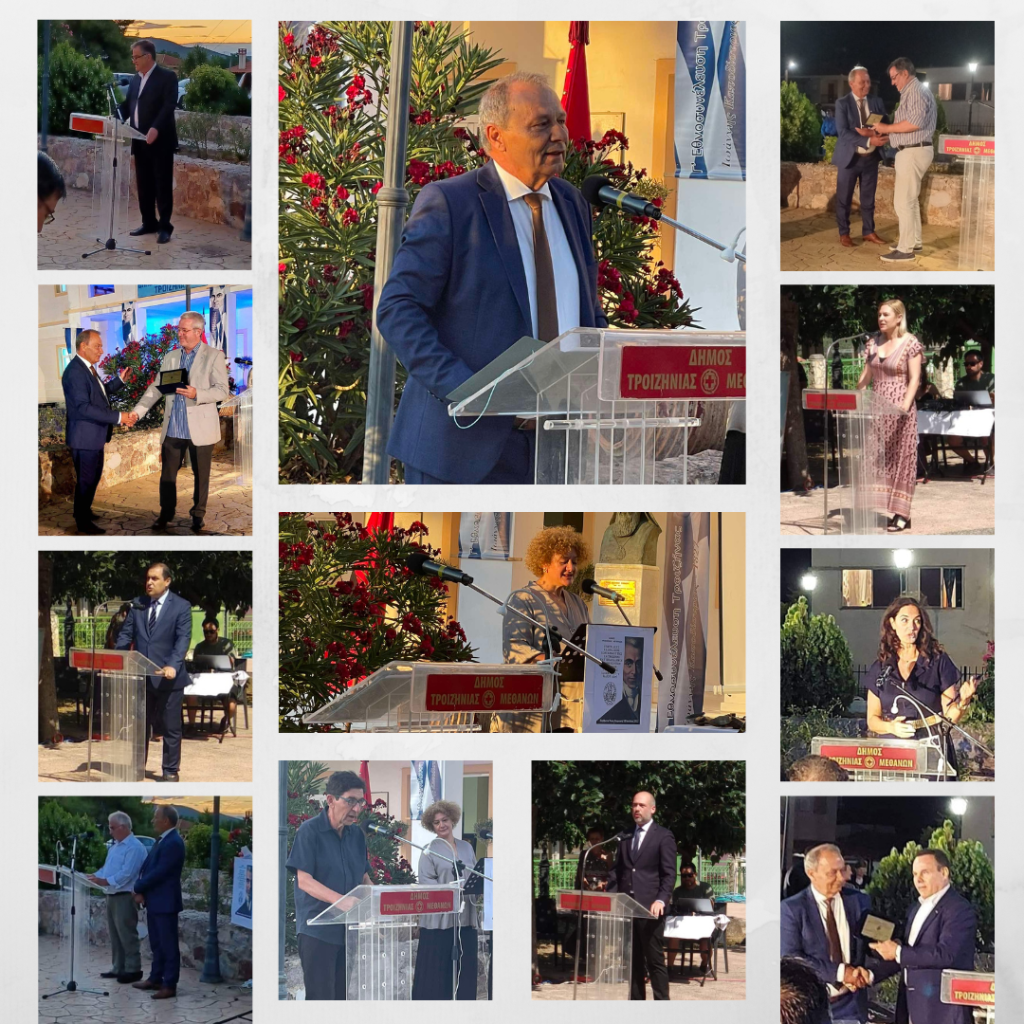 Important historical aspects were analysed by Mr. Athanasios Christou, Professor of Modern and Contemporary History of the University of Peloponnese, who spoke about “the Third National Assembly of Troizina, its origins, its protolates and its objectives, 195 years later”, as well as Mr. Andreas Koukos, Lawyer, Historian, President of the Board of Directors of the Society for the Study and Research of Modern and Contemporary History – Ioannis Kapodistrias, who spoke about “The election of Ioannis Kapodistrias as the first Governor of Greece by the Third National Assembly of Troizina in April 1827, the diplomatic negotiations and behind the scenes”. 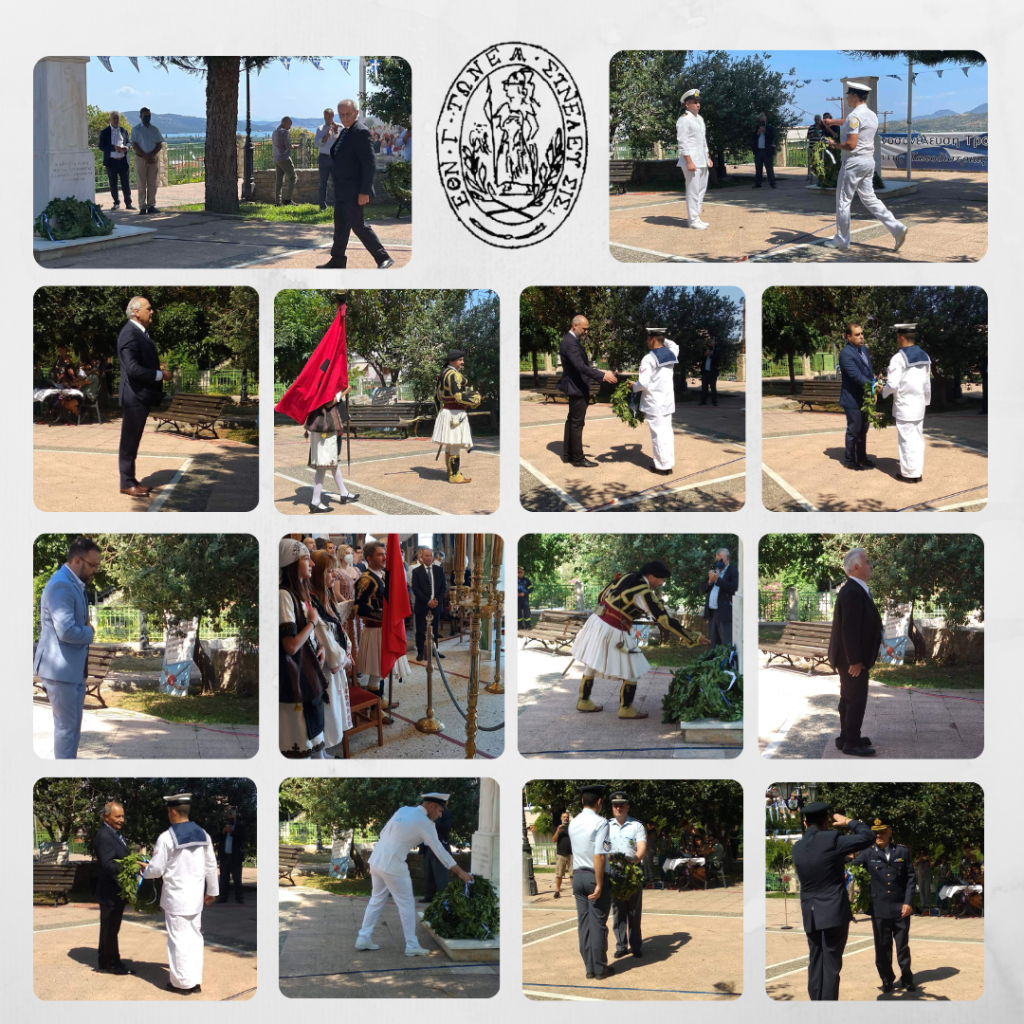 At the same time, paying tribute to the contribution of the Commander-in-Chief Theodoros Kolokotronis, the actor Gerasimos Skiadaresis recited an extract from his memoirs.

In the era of the Greek Revolution, however, there were not only fighters, battles, sacrifices, diplomacy …

While the Greeks were giving their blood for freedom, there were also the servants of Art who played a crucial role, as through their works, they were the “correspondents”, the “eyewitnesses”, the “medium of information”.

An event that was attended with great interest by those present. For the old to remember and the young to learn

Troizina and the wider region is infinitely beautiful and worth visiting and getting to know it. 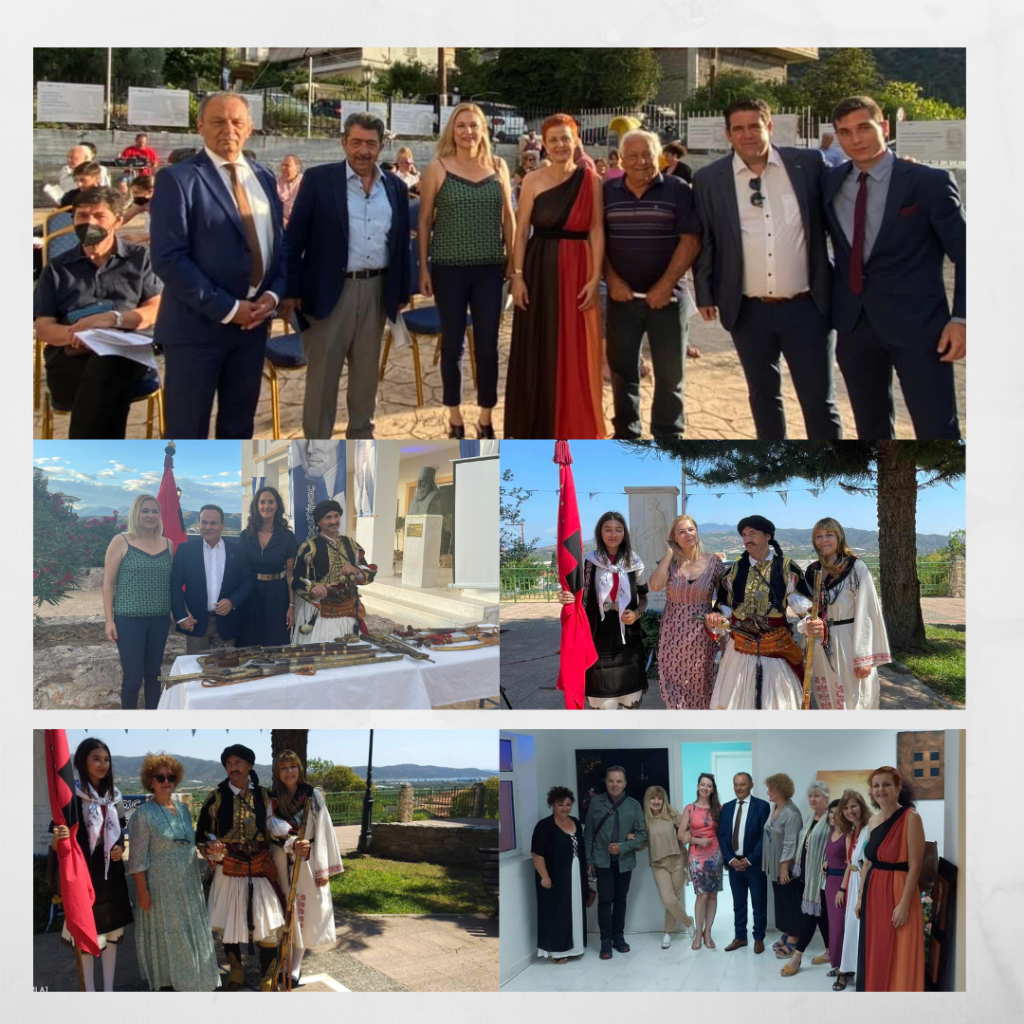