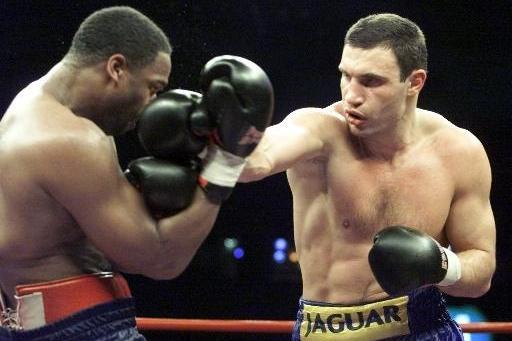 ♦ Russia’s defence ministry accused Ukrainian forces of attacking power lines and a substation feeding the Chernobyl nuclear power plant in what it said was a “dangerous provocation”, the Russian news agency Interfax reported. Ukraine said earlier there was a danger of a radiation leak after electricity was cut off to the plant during fighting between Ukrainian troops and Russian forces who are occupying the defunct power station, but the U.N. nuclear watchdog saw “no critical impact on security”.

♦ A message to the Russian President from the Mayor of Kyiv, Dr Vitali Klitschko (yes, he has a PhD) and is a former heavyweight boxing champion. In the unlikely event of a mano a mano solution with Russia’s exuberantly macho President, it would soon become clear whether boxing trumps judo in the matter of unarmed combat.

♦ The UN nuclear watchdog said it had lost touch with remote monitoring systems at the Zaporizhzhia nuclear power plant, where there were clashes and a fire last week. Both plants are being held by Russian forces.

♦ Russia is thought to be readying a massive assault on Kyiv after a 40-mile convoy of tanks, troops and artillery broke up and redeployed to surround the Ukrainian capital. Howitzers have been towed into position to open fire, as the convoy fanned out into the forests and towns near Kyiv, which is braced for attack.

♦ Refugees: up to 2.2 million Ukrainians have fled so far – UNHCR. Most staying with relatives, friends. More arriving with nowhere to go, no contacts. Host countries scramble to accommodate them. Thousands more Ukrainian refugees fled to central and eastern Europe on Wednesday, many with no contacts and nowhere to go, as host countries scrambled to accommodate them.

♦ Death toll: The United Nations said it had verified 516 civilian deaths and 908 injuries since the conflict began, but the true toll was likely to be “considerably higher. Ukraine says its forces have killed more than 11,000 Russian troops. Russia has confirmed about 500 losses. Neither side has disclosed Ukrainian casualties.

♦ EU leaders are set to provide a further €500mn to finance military equipment for Ukraine in addition to the €500mn already allocated following Russia’s invasion, said the bloc’s foreign policy chief.  “Everybody was completely aware that we have to increase our military support to Ukraine and continue to put pressure on Russia,” Josep Borrell said at the start of the second day of an EU summit in Versailles. “So, €500mn more.”

♦  The UK is, according to a statement, ready to place sanctions on 386 members of the Russian Duma for their support of the breakaway regions of Luhansk and Donetsk, the Foreign Office said. The measures are to include travel bans and asset freezes and will prevent those targeted from conducting business within the UK, a statement said on Friday. We will be watching this.

♦ Russia announced it will cut off access to Instagram and launch a criminal investigation into its parent company Meta, adding to the country’s growing isolation since the start of its war on Ukraine. Russia’s media watchdog, Roskomnadzor, on Friday said it planned to restrict access to the Instagram app within 48 hours, after Meta changed its moderation policies to allow for certain violent speech, such as “death to the Russian invaders”, by Ukrainian users.