David Sassoli, a “sincere democrat and a good man”

Commission President Ursula von der Leyen was one of many figures to join in mourning the death today of the international AEJ’s well-loved friend and colleague David Sassoli, 65. 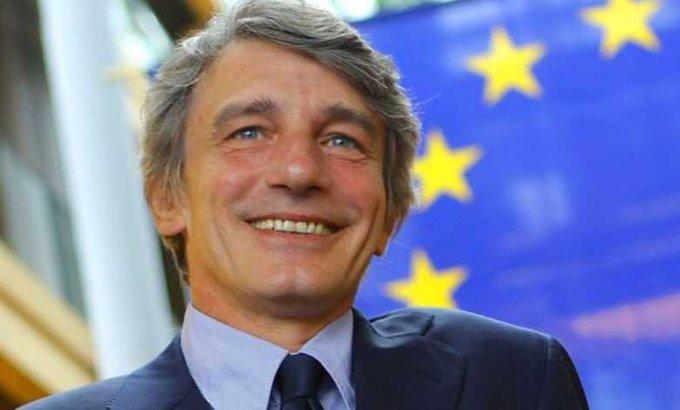 A lifelong journalist, then a politician until his premature death from cancer today, the elected President of the European Parliament was simply “a sincere democrat and a good man,” said Ursula von der Leyen.

Florentine by birth, a man of legendary charm and good humour, David Sassoli was a lifelong journalist and broadcaster, then a politician until his premature death from cancer today at 65, the elected President of the European Parliament.

Among the many placemen and nobodies who often filled that post over the years, Sassoli was a rare and inspiring exception: the real thing, a  brilliant journalist who devoted his career and then his years as a politician to a profound commitment to Europe, its political project, its values, its culture, and his love of language – especially his own, Italian – which he wrote and spoke so eloquently.

The respect and affection he inspired was evident in people’s tears during the minute’s silence observed by his EP colleagues. For the AEJ’s Italian Section (AGE) Sassoli’s death was “a great loss of a great journalist and convinced Europeanist.”

The tv journalist, Nuccio Fava, AGE President said: “Death is pain, emptiness, and mystery. Sassoli was a generous friend, a good and supportive colleague who was always attentive in terms of seriousness, especially in the difficulties of work and endurance.”

cAlessandra VittoriniAGE secretary-general Giuseppe Jacobini said Sassoli had demonstrated “how the values of freedom of the press and thought are at the heart of a united Europe that is always open to dialogue”.

The AEJ conveys its sincere condolences to David’s adored widow, the architect Alessandra Vittorini, and their two children, Giulio and Livia.