Otmar Lahodynsky, honorary AEJ President, was a correspondent in Warsaw 40 years ago. He photographed the moment when a dream was crushed.

On December 1981, martial law was imposed in Poland and the first independent trade union in the Communist part of Europe, “NSZZ  Solidarnosc, with over 10m members, was forcibly dissolved by Poland’s own army. Dozens of people were killed or injured in violent actions, and tens of thousands of officials – including Solidarnosc leader Lech Walesa, later Nobel Peace Prize winner – were arrested.

General Wojciech Jaruzelski, then prime minister as well as head of the Communist Party, had planned the imposition of martial law months before to break Solidarnosc’s growing power. Whether he was forced to do so by the Kremlin remained unclear.

As a reporter for the news magazine profil, I was the only Austrian journalist in Warsaw. The then profil editor-in-chief Peter-Michael Lingens feared an invasion by Soviet troops, as in 1956 in Hungary, or as in 1968 in Czechoslovakia, or 1979 in Afghanistan, and ordered that a profil reporter must be present in Poland at all times. He was to be proved right. But it was the Polish army that destroyed the hopes of many Poles for a life in freedom and dignity – an aspiration reinforced by the Polish Pope John Paul II’s pilgrimages home, notably in 1979.

That freezing Sunday, as in the whole country, armoured cars were parked at key points in the capital. Army troops and units of 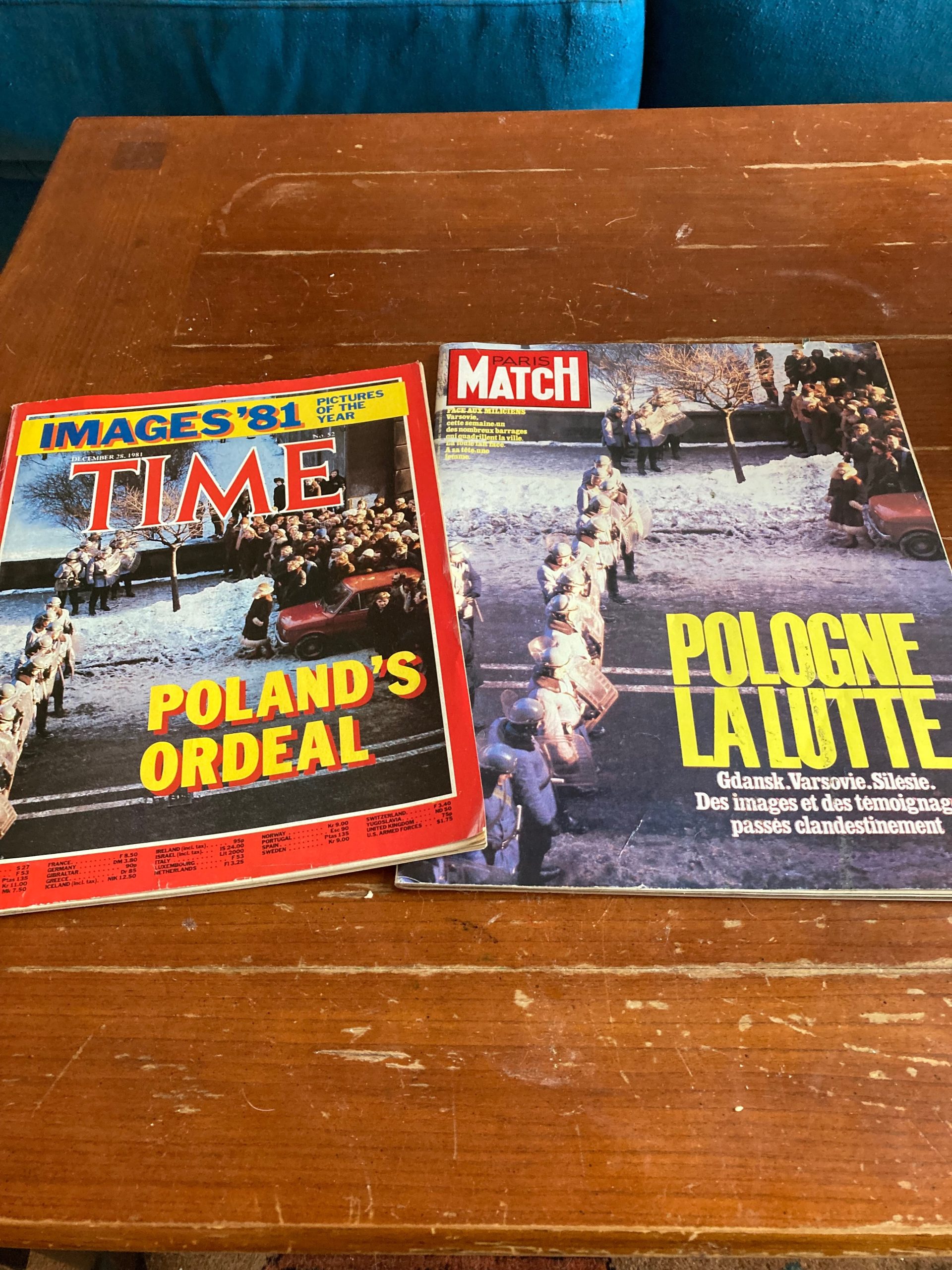 the ZOMO special police patrolled the streets. Demonstrators gathered in front of the Solidarnosc headquarters on Mokotowska Street, which had been sealed off by the police. From the balcony of a nearby flat I was able to capture the scene on film. I had one of the slides smuggled to Vienna. It ended up on the covers of TIME magazine, Paris Match, Espresso, and other magazines.

It was the start of a leaden period for Poland, and it was not until the beginning of 1989 that the Communist regime, facing economic bankruptcy, sat down with the Solidarnosc leaders at the famous “Round Table” at which a peaceful power-sharing agreement was reached.

Partly free parliamentary elections were held in June 1989. The Catholic intellectual Tadeusz Mazowiecki formed a government. The Nobel Peace Prize winner Lech Walesa was elected president the following year. But the old split in the Solidarnosc movement led to two parties, and eventually to the fateful current debacle in Poland.

The left-liberal Civic Forum (PO) and the increasingly authoritarian,  right-wing PiS (Law and Justice) party led by the Kaczynski twins. The PiS party under Jaroslaw Kaczynski, which came to power in 2016, today leads an arch-conservative anti-EU course. Anti-Semitic and – with the support of the highly conservative Catholic church leadership – it is, like the Fidesz government in Hungary, vocally against the LGTBQ+ community. In 2021 the already strict abortion law in Poland was also further tightened, triggering mass protests.

The split is essentially between the majority liberal-ruled cities and the countryside, where the PiS continues to dominate. During demonstrations against the government, the unofficial Solidarnosc anthem, the song “Mury” (Walls), about the collapse of the old world, could be heard again.

SLUGGING IT OUT OVER JUDGES

The Polish government’s many conflicts with the EU leadership over undue interference in the judiciary reached a showdown this week. The Polish Constitutional Court, composed of judges loyal to PiS, declared two articles in the EU treaties incompatible with Polish fundamental law. This undermined the EU principle that EU law takes precedence over national law.

In the meantime, the European Court of Justice (ECJ) has imposed binding penalties on Poland. For example, Poland must pay a fine of one million euros every day that the controversial Judicial Disciplinary Board, as demanded by the EU, is not dissolved. The government in Warsaw has so far refused to pay.

The EU Commission has already frozen the share of Corona reconstruction aid reserved for Poland – 20bn euros in grants and billions more in loans. And in the next step, the subsidies for Poland from the normal EU budget – 12bn euros net annually – could also be stopped if the PiS government does not give in. Poland is even talking about leaving the EU. But so far the population’s approval of the EU has remainder particularly high in Poland.

Pawel Kuglarz, a prominent Krakow lawyer and member of a German-Polish foundation for reconciliation, sees the origin of the current conflict in the failure to purge Communist judges and prosecutors after 1989.

“In addition to economic, political, and legal reforms, the issue of an honest reckoning with the Communist legacy was of great importance,” he argues. The basis for a real coming to terms with the past is decommunisation, lustration, i.e. the examination of collaboration with the secret services, criminal rehabilitation and punishment of the perpetrators. This chance was missed. And when the PiS-government did start, rather late, the EU saw it as a breach of the independent judiciary.”

In any event, Poland’s head of government, Mateusz Morawiecki, refuses to give in. Withholding promised funds for Poland could “trigger a Third World War”, he warns.

“The amendment to the Radio and Television Act, passed before Christmas, directly threatened the largest and most important broadcaster critical of the government,” reported the NZZ. The law would have required the private broadcaster TVN, operated by the American Discovery Channel, to sell its majority of shares to the state or other Polish investors.

“Washington and Brussels saw the reform as a threat to press freedom. According to Jaroslaw Kaczynski, leader of the ruling Law and Justice (PiS) party, it was supposed to break the alleged foreign dominance in the media. Since one of the largest investments of Poland’s strategic ally,  the USA,  is directly affected, the TVN lex has long been controversial even within the PiS. President Duda based his veto mainly on a 1990 Polish-American investment protection treaty,” reported the paper, which has a solid reputation for well-informed Central European coverage.