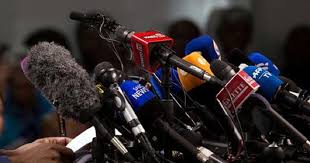 For the attention of:

– Ms. Anca Dragu – Speaker of the Senate of Romania,

– Mr. Florin Roman – Speaker of the Chamber of Deputies,

Deliberately or not, the public Radio and Television have been condemned!

On the 1st November 2021, Radio Romania should have celebrated 93 years since its establishment, and on the 31st December TVR will have reached 65 years of uninterrupted presence on Romanians’ TV screens. At this time of celebration, the employees of the two public media institutions are outraged and desperate because, although they have worked and served their institutions with professionalism, loyalty and sacrifices over the years, in return they will not receive even their due rights.

As of that date, SRR and SRTV have suspended all payments to beneficiaries! There is no holder of an administrative position entitled to sign documents as Chief Authorising Officer.

The employees are distressed over the prospect of not receiving their salaries in November, in accordance with the respective Collective Bargaining Agreements, while the two public media institutions are in default.

Moreover, for the first time since the endorsement of Law no. 41/1994 on the organisation and functioning of SRR and SRTv, the employees’ right to elect and be elected as employee representatives in the two Boards of Administrators has been breached, in defiance of Art. 19(2)(b) of Law no. 41/1994 republished.

We would also like to mention the following facts:

In order to resolve the situation as quickly as possible and to avoid the collapse of the two strategic public media institutions, we hereby suggest the following solution:

This would enable the interim directors general to manage the administrative and economic situation, to pay salaries and to initiate elections for the employees’ representatives in the CA, while also allowing political parties in Parliament, the Presidency and the Government of Romania to appoint their representatives in the boards, in keeping with the seat distribution algorithm.

The Federation of Trade Unions in the Romanian Radio Broadcasting Corporation