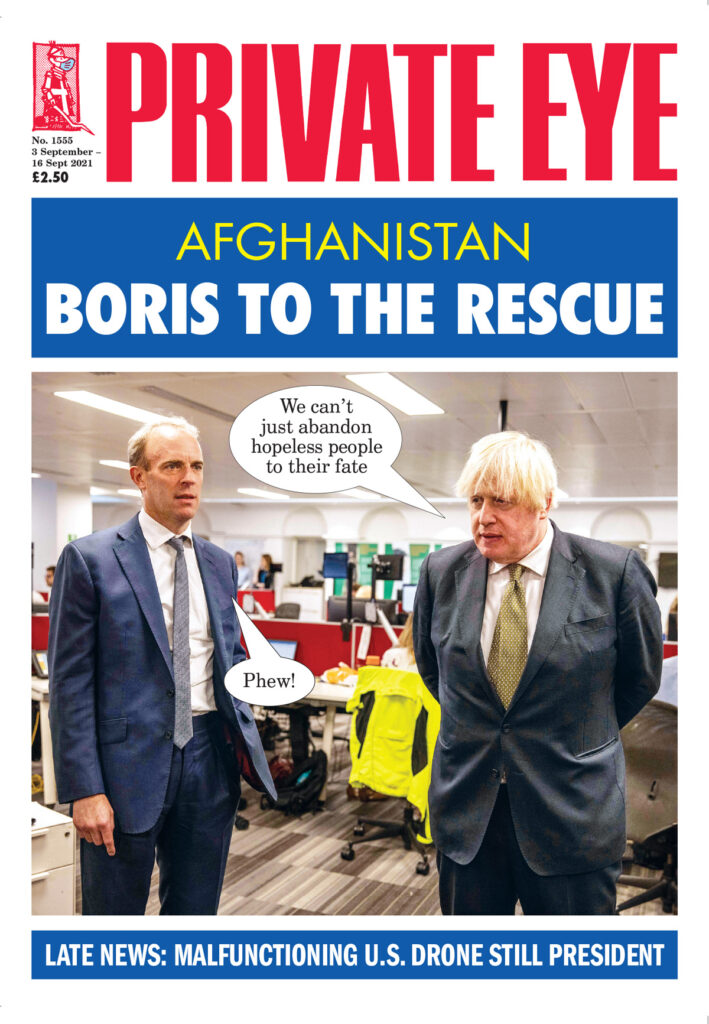 The satirical London publication Private Eye, on the eve of celebrating (along with the AEJ) its half-century, has survived half a century of outrage, spoofs, and libel actions by the rich and aggrieved. To celebrate, Ian Hislop, its editor since 1986, and deputy editor Adam Macqueen, who joined straight after university long after the title was founded and specialises in ridiculing Fleet Street (“Street of Shame”) have together produced a  60 Yearbook to mark the middle age of one of the UK’s best-known titles.

The fortnightly began its unwelcome intrusion into the City of London at the end of the 1960s with “Slicker”, aka Michael Gillard. He may or may not have been the first to described the City of London,  the world’s most effective launderer of stolen Russian and other monies, as “a bespoke sewer”.

Over the decades the magazine has covered inter alia the Jeremy Thorpe scandal, the affairs of the scoundrel press magnate Robert Maxwell (father of Ghislaine), the Thatcher era, Princess Diana, and most effectively the grandiloquently wasteful government financial own-goals of Private Financial Initatives (PFI); also tax evasion, the Leveson Inquiry into the press itself, and more recently Brexit and the notorious rip-offs by friends of the Johnson government under cover of countering Covid-19.

But for all its scoops about the breathtaking hypocrisies of British public life, what made Private Eye most famous were the speech-bubble covers, an idea apparently lifted from a New York magazine. The strongest covers could lift circulation by a third, and were a matter of intense debate before publication.