No more lip service: The EU must be more resolute vis-à-vis Russia 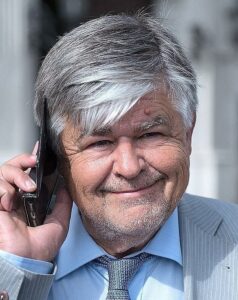 “Putin knows that I will act. I will not tolerate Russian interference in American democracy,” said a confident Biden. “There was no hostility. The talks were constructive and intense,” Putin said mildly. The fact that there was no joint press conference, not even a joint lunch at the meeting in Geneva, speaks volumes. Mistrust still prevails, especially on the American side.

The only success was that the meeting itself took place, and an agreement to send ambassadors back to Washington and Moscow

Putin’s tactic of countering all of Biden’s accusations of Russian interference in Western election campaigns, cyber-attacks and human rights violations (Alexei Navalny case) with counter-accusations was to be expected.

In February, Russian Foreign Minister Sergey Lavrov had already made a similar show of the EU’s foreign representative, Josip Borrell, at a press conference in Moscow. This tactic did not work for Biden. He showed himself to be a tough and self-confident leader of a superpower who also knows how to defend basic Western values. His cryptic but serious threat that the US could make Russia feel its superiority in digital technology in the event of further cyberattacks was obviously credible, but it was not really a deterrent for Putin.

At the NATO summit in Brussels a few days earlier, China was the main focus of the Western alliance. In Europe, many Russia experts warn that the West should refrain from pushing Russia too far into China’s sphere of influence. It is clear, however, that Putin wants to keep challenging the West after having annexed Crimea, supported separatist insurgents in eastern Ukraine, rescued the Assad regime in Syria and deployed troops on the border with Ukraine in April.

Putin has actively and repeatedly interfered in Europe’s affairs by supporting Eurosceptic politicians and Brexit supporters. He has also sent out his secret intelligence hit squads to try to kill opponents in various European countries – nearly all of which have one unpunished.

The EU’s reaction to Putin’s brazen acts has been marked by hesitation, incompetence, appeasement, and fear. Lavrov’s attacks on Borrell came when the EU’s foreign policy chief arrived in Moscow with an olive branch and an offer to normalize relations. The Kremlin, however, responded with underhanded attacks and the expulsion of European diplomats.

The EU’s sanctions against Putin’s regime have, obviously, not really hurt Russia. The only measure that would really cause massive damage to the Kremlin would be to halt the construction of the Nord Stream-2 gas pipeline, but Germany, in particular, as the main investor in the pipeline, is staunchly resisting any move to shut down the lucrative project.

The United States has also made a U-turn on Nord Stream-2 after the Biden administration opted to refrain from slapping sanctions on European companies that are involved in the constructions of the pipeline.

Cutting Russian banks off from international financial networks such as SWIFT would also be painful for the Kremlin, but so far the EU has been utterly unwilling to implement anything so fundamental.

With a few entry bans and account freezes against selected Russian judicial officials involved in the conviction of opposition leader Alexei Navalny, Europe will not be able to create an effective threat. It must be made clear to Putin that he can no longer cross new red lines with impunity.

European sanctions have also been completely ineffective against the regime of Belarusian potentate Alexander Lukashenko.

As an Austrian, I must express my shame that my own country is blocking new EU economic sanctions against Minsk out of deference to Austrian investors who, like Raiffeisenbank or the Austrian telecom company A1, want to continue doing good business with Lukashenko’s Belarus.

All the assurances of Austrian Federal Chancellor Sebastian Kurz in favour of the Belarusian opposition and calls for the release of Roman Protasevich, the opposition figure kidnapped off Ryanair flight 4978 in May, are just  lip service. Just as, Hungary blocked EU sanctions against China for its brutal crackdown on opposition members in Hong Kong, the Austrian government is now following Viktor Orban’s lead in its approach towards Belarus.

In the end, Austria’s foreign minister Alexander Schallenberg promised support for new and tougher economic and financial sanctions against Lukashenko decided on Monday at the EU-council in Luxembourg. He stated that he never blocked these sanctions. Austria’s government wanted to make sure that “normal Belarus citizens“ would not be hurt by EU-sanctions and so continue to have access to their bank accounts.

Europe’s inability to take a tough stance against Russia and Belarus is further proof that it needs to move away from the principle of unanimity on important policy issues. Only then can the EU develop a plausible foreign policy.