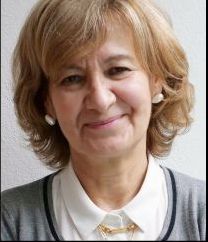 On behalf of the Association of European Journalists (AEJ) we write to urge the Representative on Media Freedom Mrs Ribeiro to issue a full and robust statement without delay condemning the actions of the Belarus authorities over the unlawful detention and treatment of Raman Pratasevich and Sofia Sapega; the denial of their legal rights and concerns about their mistreatment in custody; and demanding their immediate release and the Belarus authorities’ unconditional adherence to its OSCE obligations by ending their arbitrary and brutal suppression of the rights and safety of journalists and others and restoring the conditions for democracy and the rule of law.

We ask you especially to voice concern and demand remedial actions publicly over:-

# Suspected mistreatment or torture of Raman Pratasevich, his apparent coercion into making a recorded ‘confession’, and the reported denial of his right of access to a lawyer and other basic rights.

# The illegal acts including gross violation of civil aviation rules and international law related to the military interception of a civilian airliner on Sunday affecting all passengers and crew on board.

# Call for Belarus to act immediately to end repression, threats and use of unlawful violence, arbitrary prosecutions, arrests and prosecutions of about 30 journalists and media actors.

# Cooperation with your RFOM Office, ODIHR and other international authorities to dismantle the apparatus of a police state being used to suppress free media, free expression, civil society voices and democratic life; and to prepare for fresh free and fair elections under international supervision.

This message is written on 27 May. Until now we have seen the Representative’s tweets and her Statement of 17 May, before the events of last Sunday and subsequent related actions.

We again express our full support for your work and your mandate and urge you to consider this request urgently. We look forward to your early and decisive follow-up actions on these matters,