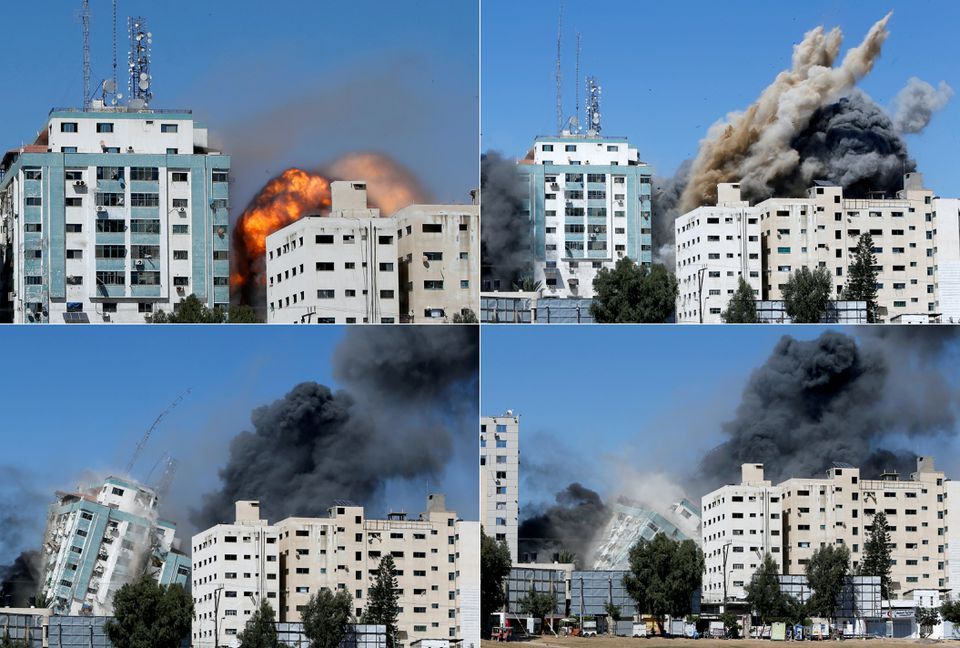 “How can there ever be peace in the region if Israel’s ‘right to defend itself’ includes blowing up sources of objective information?”, said Steen, who has reported extensively from the Middle East. “At no time in recent history has there been more need for serious journalism, or for serious journalists to be safe from attack.”

International pressure built up today. The US told Israel to ensure “the safety and security of journalists” following the attack, the White House said.

In a call to President Biden, Israeli Prime Minister Benjamin Netanyahu told him, according to the Israeli account of the call, that Israel was doing everything to avoid harming non-combatants, as evidenced by the fact that non-combatants were evacuated before Israeli strikes on multi-storey towers “in which terrorist targets were attacked by the IDF (military).”

The Israeli military gave an hour’s warning before the attack and claimed that the building was “a legitimate military target” since it contained military assets belonging to Hamas, the Islamist group that controls Gaza.

Diplomacy has so far failed to quell the worst escalation in the conflict between Israel and Palestinians since 2014. Palestinian rockets hit Tel Aviv today with no sign of an end to six days of fighting. Palestinians say at least 140 people, including 39 children, have been killed in Gaza since the conflict erupted on Monday. Israel has reported 10 dead, including two children.

Hamas began its assault on May 10 after tensions over a court case to evict Palestinian families in East Jerusalem and in retaliation for Israeli police clashes with Palestinians near Jerusalem’s al-Aqsa Mosque, Islam’s third holiest site.

The fighting today followed a fake warning by Israel of an impending ground attack. On June 12 the IDF’s media department told international news agencies that a ground troop invasion of Gaza was imminent. The Hamas leaders duly took refuge in underground facilities. Airstrikes on the tunnels began immediately after that.

Israeli PM – strikes to continue “as long as necessary”