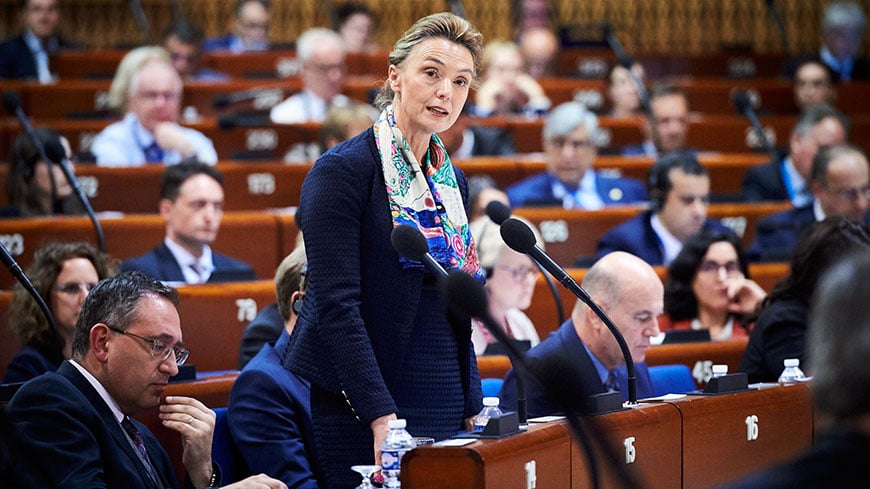 The Secretary-General of the Council of Europe, Marija Pejčinović Burić, said today that increasing violence against journalists, including murders, wrongful imprisonment, as well as disinformation and smear campaigns, showed “a worrying degree of democratic backsliding” in Europe.

Her annual report on the State of Democracy, Human Rights, and the Rule of Law also argues that the way governments have responded to the coronavirus pandemic has endangering Europe’s “democratic culture” to a point where it would not fully recover.

The “epidemic of harassment and violence against journalists” has been compounded by the pandemic and  “a wave of censorship,” and fresh concerns about corruption, says the report.

In a chapter on Freedom of Expression, the report also highlights large-scale blocking of websites in a number of states, journalists suffering reprisals for questioning government policies, and the frequent misuse of abusive civil lawsuits intended to “silence critical voices”.

Ms Burić calls on all 47 CoE Member States to “return to fundamental democratic principles by restoring the independence of national judiciaries, implementing judgments from the European Court of Human Rights, and providing effective legal guarantees for freedom of expression in domestic courts.

The AEJ is a founding partner of the CoE Platform for the safety of journalists, established in 2015 as an early warning and “rapid response” system against attacks on press freedom. Now 14 leading European freedom of expression and journalists’ organisations are Platform Partners.

They contribute verified reports about attacks against media freedom and journalists’ safety to the online Platform to urge remedial actions and necessary reforms in accordance with protections guaranteed under the European Convention on Human Rights and the case-law of the European Court of Human Rights.