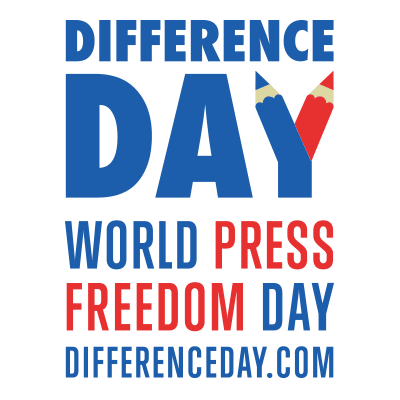 In 1993 the United Nations General Assembly declared May 3rd as the World Press Freedom Day to raise awareness on the importance of freedom of the press and remind governments of their duty to respect and uphold the right to freedom of expression enshrined under Article 19 of the 1948 Universal Declaration of Human Rights.
Freedom of Expression implies respect for the opinion of others. It recognises the fact that there is a difference between us and between our opinions. To celebrate freedom of expression is to celebrate diversity. Freedom of the press is an essential aspect of the freedom of expression. Without a free and independent communication environment, it is impossible to build and sustain a democratic society. ‘The Fourth Estate’ is the counterbalance to the legislative, the executive and the judicial powers of the State. Only in a system where there are solid and transparent checks and balances, can creativity, free research, culture and the arts can flourish.

The events in Paris of January 7th, 2015 (Charlie Hebdo), where eight journalists were killed, were the manifestation of a sad and horrible trend. Since 1992 more than 1100 journalists have been killed ‘in the line of duty’. More than one-third of the world’s population lives in countries that do not have a free press.

On the occasion of World Press Freedom Day the Vrije Universiteit Brussel, Université Libre de Bruxelles and Erasmushogeschool Brussel, IHECS, BOZAR, & Evens Foundation, together with other partners such as EPC MPA, EBU, Bertelsmann, European Commission, UNESCO, European Endowment for Democracy,  … designate May 3rd as Difference Day. For us celebrating freedom of the press and freedom of expression means honouring people and organisations that make a difference in protecting and promoting these values.

Because of the measures taken by the government due to Covid-19, Difference Day 2021 will take place digitally on Sunday, 2 May and Monday 3 May.

You can find the events program here 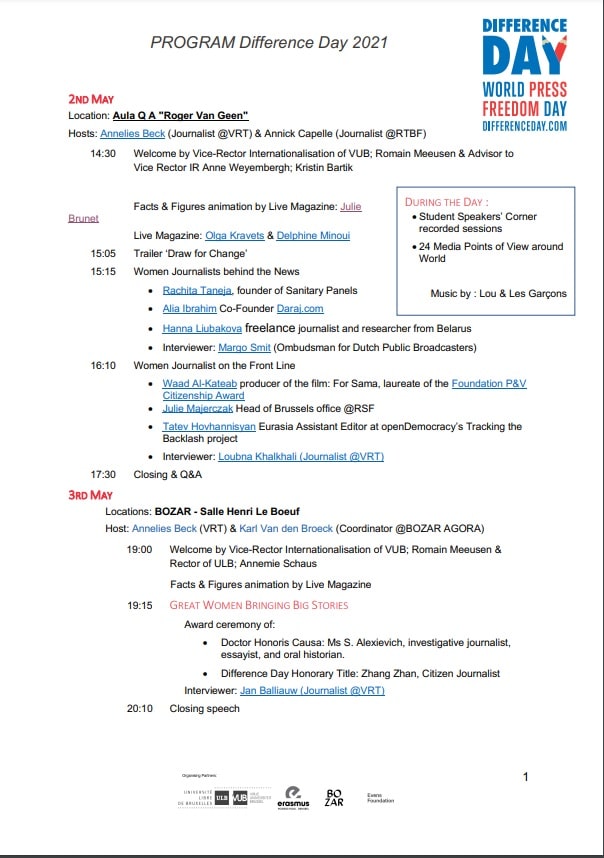