NAVALNY “HANGING BY A THREAD” 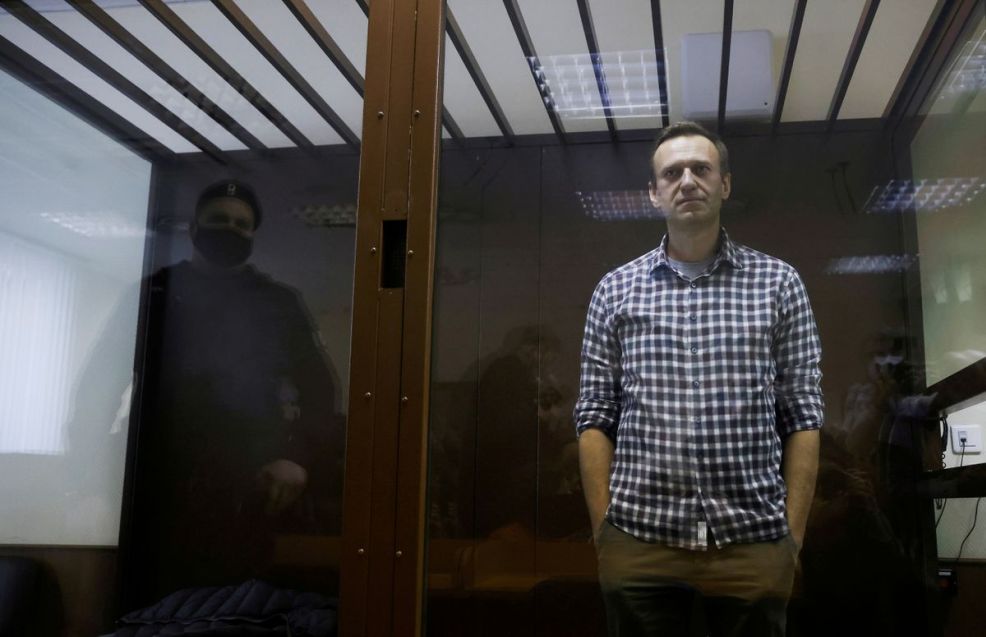 Imprisoned Russian opposition leader Alexei Navalny, 44, three weeks into a hunger-strike, was said today to be close to death. US President Joe Biden, who has already imposed sanctions on Russia, warned there would be “consequences” if he died.

Navalny said in an Instagram post that an official had told him his health was worsening and he was threatened with force-feeing in a straitjacket if he refused to eat. He has been refused permission for his doctor to see him.

“Things are developing too quickly and too badly,” Navalny’s supporters wrote on Navalny’s website. “We can no longer wait and postpone. An extreme situation demands extreme decisions.” They have threatened the biggest street demonstrations in Russian history for Wednesday, timed to coincide with President Vladimir Putin’s annual state-of-the-nation speech.

But Russia’s ambassador to Britain Andrei Kelin insisted in a BBC TV interview aired today that Navalny was “attention-seeking”, but that Moscow would make sure he lived. “He will not be allowed to die in prison, but I can say that Mr. Navalny, he behaves like a hooligan, absolutely..His purpose for all of that is to attract attention for him(self).”

Navalny’s supporters face the prospect of their movement being outlawed as extremist. They declared a moratorium on protests after staging three demonstrations at the height of winter, during which thousands were arrested. But they said they would demonstrate again once 500,000 people had registered online to take part. At the time of writing they are 40,000 people short of their target.

“We don’t know how much longer he can hold out,” his supporters posted on his website. “The life of Alexei Navalny and the fate of Russia depend on how many citizens take to the streets on Wednesday.”