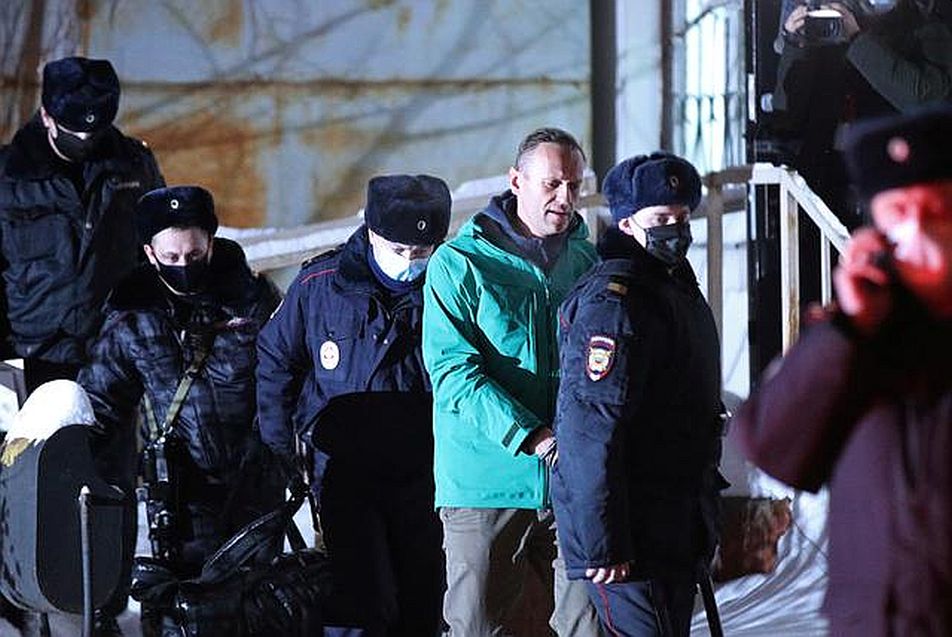 January 18: Navalny escorted by police after court hearing in Khimki outside Moscow. [Evgeny Feldman/Meduza/Handout via Reuters]

Cinema for Peace, the Berlin-based organisation which flew the Russian journalist-politician Alexei Navalny to hospital in Berlin after the Russian FSB’s attempt to poison him last August, today called on the 27 EU Justice Ministers to hold big tech responsible.

“The justice ministers of the 27 EU Member States must concentrate their efforts on making the social media giants YouTube, Facebook, Instagram and Google liable for their systems” said a spokesman for the organisation. “All those with the power to enforce such change should be dedicated to eradicating intransparency and manipulation.”

The most prominent voice opposing Vladimir Putin, Navalny, 44, released his explosive two-hour long video Putin’s Palace on the same day he returned to Moscow, and to immediate arrest, on January 17. The expose of the Russian president’s corruption – for which Navalny has been nominated the 2021 AEJ Media Freedom prize – is described “as damning as it is entertaining” by Cinema for Peace.

The film racked up 100m views in its first week of release – now up to 112m – and sparked waves of anti-corruption protests, mainly among younger people, across Russia. But the version of the Russian-language expose including subtitles in English can be difficult to pin down. “Online misinformation, trolling, and algorithm manipulation have become the weapon of choice for the Kremlin,” according to Cinema for Peace. (See also link below to Reuters news on Russian disinformation aimed at Germany) 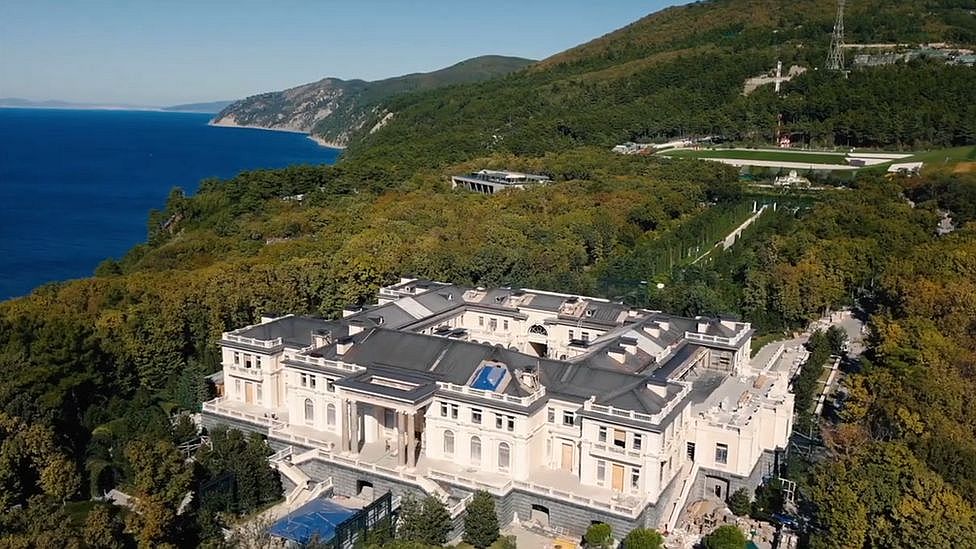 “The Russian government has dedicated its energy and resources towards mastering the art of puppeteering online content,” said the Cinema for Peace spokesman. “Creating duplicate videos of inferior quality, manipulating keyword results, and flooding traffic elsewhere are familiar tactics for suppressing ’subversive’ content.”

For his part, Navalny’s weapons are viral videos and internet satire. Wittiest and most vocal critic of a man he accuses of corruption on the grand scale, Navalny now faces two and a half years in a tough penal colony for missing a police appointment when he was fighting for his life in the Charite University Hospital in Berlin. His real crime: exposing Putin’s secret 1.35bn USD Black Sea palace at Cape Idokopas, what Navalny calls “the world’s biggest bribe”. It was allegedly largely paid for by companies milking the Russian state through inflated prices for medical supplies.

This link to Putin’s Palace works – at the moment: https://www.youtube.com/watch?v=ipAnwilMncI&authuser=0

Corona as a way of sowing confusion: