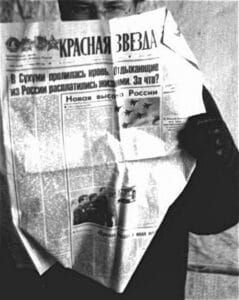 The temptation to boast of shadowy – sometimes bloody – triumphs must sometimes become unbearable for secret service agents. For the twilight heroes from Communist Vietnam who kidnapped an exile in Berlin, flew him back to Hanoi, and got him locked up for life, the lure of Facebook fame evidently became too much.

So here they are, 12 proud Vietnamese 007s in freshly-pressed white uniforms being awarded medals and diplomas for “building socialism and defending the homeland” by the Vietnamese president at a lavish ceremony in Hanoi.

The photo is now familiar around the world (though quickly erased from Facebook) thanks to the work of Tibor Macak, recently-arrived in Berlin as Slovak TV and radio correspondent.

Macak scooped the German media, actually everyone, with this latest development in the dark tale of the kidnapping and abduction of a now 54-year-old runaway oil executive Trinh Xuan Than, accused of corruption allegedly involving millions of dollars.

The Vietnamese oilman had requested asylum in Germany. But on July 23 2017, just before the hearing, he was forcibly bundled into a car in Berlin’s Tiergargen park. He was then flown in a government plane mysteriously lent by then Slovak Interior Minister Robert Kalinak, and ended up in Hanoi a few days later, announcing improbably on TV that he had returned home voluntarily. He was sentenced to two life sentences; he could have faced execution.

A German court sentenced a Vietnamese to two years in prison for securing the kidnappers’ car in Prague. Two senior diplomats were kicked out of Berlin. The affair provoked a long-running diplomatic rift between Germany and Vietnam. And in Slovakia questions were asked about the number of Vietnamese employed in the bureaucracy.

New details keep coming to light, embarrassing not just Kalinak (who resigned over a corruption scandal and now lives in Dubai running company called Liwa Arms Slovakia) but “more than one of the many security services in Berlin”, says Macak, the AEJ’s veteran Secretary-General and now its Vice-President. He explains the code VT 17 decorating the festive stage in Hanoi as the abbreviation V for Vietnam and T for Than, the man they kidnapped, and 17 the year of the abduction.

Macak’s friend and collaborator on the story, dissident journalist Khoa le Trung, broadcasts live to his native Vietnam from his impromptu studio in Berlin. He was the one who lighted on the Internet photos of the ceremony. 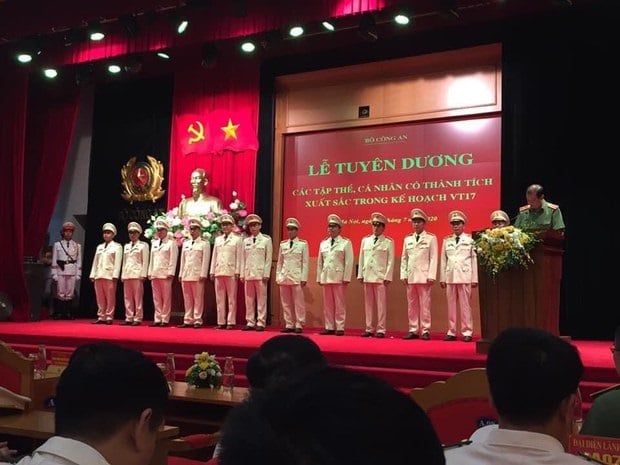 “The picture of the 12 prize-winning spooks was published on the Facebook profile of Le Hai, a former ’liaison officer’ at the Vietnamese embassy in Berlin,” said Macak. “He apparently organised the kidnapping.” Le Hai and his Facebook page have both now vanished. “But too late.”

Koa le Trung has been warned by police that they have intercepted a secret message ordering his murder. “That is why the local authorities have provided me with police protection,” he says. “I hope it helps.” The AEJ hopes the authorities will also watch out for our friend and colleague’s safety.