Set up in 1962 in what were then the Six EEC countries at a congress in San Remo, the Association of European Journalists has reached the age of 60, which we will celebrate at our Congess in Greece from 26 – 30 October.

The AEJ had been the initiative of a few leading journalists from Italy, Germany, and France, and

their inspiration reflected the mood of the time: quite simply Europe, the clear need for democratic integration, and the conviction that a free press was central to building a liveable post-war continent. “The European idea is too important to be left only to politicians and diplomats”, in the words of one of the founders.

Most AEJ activities are arranged by our sections at national level (like the European Community of 60 years ago). But the international association actively promotes links between individual journalists to exchange contacts, information, and ideas. And there are regular contacts with the European Commission and Parliament, as well as the Council of Europe in Strasbourg and the Organisation for Security and Cooperation in Europe (OSCE) based here in Vienna,

There are now more than 15 sections in countries which are members of the Council of Europe. The roughly 500 members´are drawn from a wide spectrum of media staffers and freelance contributors to television, radio, national, regional, specialist newspapers, periodicals – and increasingly the new digital media.

Membership in each section is open to all journalists, including foreign media representatives based in the country.

Registered under Belgian law, the AEJ is an independent non-profit-making international organisation with neither party-political nor union ties. It has NGO status with UNESCO and the Council of Europe. It’s a member of the European Movement and has a working relation with the OSCE Representative on Freedom of the Media.

Media Freedom in Europe is a central focus. The former BBC journalist William Horsley was elected AEJ Media Freedom Representative by our General Assembly some 10 years ago. He was one of the founders of the Council of Europe’s Platform for the Safety of Journalists to support colleagues under threat for just doing their job.

This year alone, 241 alerts in 37 countries were started. Governments are obliged to respond; at the least this is a burden, especially for authoritarian regimes. Every year most AEJ sections celebrate World Press Freedom Day (May 3), by organising special events and activities.

Under AEJ President Athanase Papandropoulos several landmark congresses were held and a European Journalism Prize was established. Under AEJ General Secretary Miguel Angel Aguilar from Spain ,and his successor Peter Kramer from the Netherlands, special events were organised, among them information trips to Turkey, Estonia, Linz in Austria, the 2008 European Capital of Culture, and the World Exhibition in Saragossa.

Under the Irish AEJ President, Eileen Dunne, new statutes were introduced in 2013, with a smaller board replacing the unwieldy former executive committee.

As AEJ International President (2014-2021), my task was to put our Association back on track with European institutions, organizing several press seminars in cooperation with the European Parliament.

Under my presidency we organised an AEJ congress in Neusiedl, Austria 2014 where, along with up-to-date accounts of regional cooperation from Austrian and Hungarian MEPs, we learned some fresh details about the events behind the fall of the Iron Curtain, including who really organised the perhaps crucial trigger of the 1989 Pan-European Picnic on the Austro-Hungarian border.

The newly-appointed EU Commissioner from Latvia, Valdis Dombrovskis, gave us a useful insider look at his responsibility for the Euro a currency and financial services. He has since become an influential and effective member of Commission President Ursula von der Leyen’s team.

At the memorable 2016 AEJ Congress in Kilkenny, Ireland’s foreign minister Charles O’Flanagan and European Parliament vice-president Mairead McGuinness were among prominent speakers. The head of the newly-formed EU East Stratcom Task Force, Giles Portman, described how Russian disinformation directed against the EU worked, and how to counter it.

In 2017 Fake News was a main issue at our General assembly in Vilnius, the Lithuanian capital. Bulgarian radio journalist Irina Nedeva, herself an expert in this field, was elected special representative for fighting fake news.

The ever-active British Section under William Horsley’s leadership organised for our 50th anniversary in 2018 a very timely and interesting seminar in London on the eve of the fateful Brexit vote.

In 2019 our vibrant French section organised our Congress at the headquarters of the UNESCO in Paris. A call for respect for press freedom and journalistic independence in Europe (Appel de Paris) was launched: “Over the past five years, the AEJ, the EFJ, RSF and the 11 other partner organisations of the Council of Europe Platform for the Protection of Journalism have reported over 640 serious violations of press freedom in the 47 Council of Europe member states.

“That number includes 60 acts of violence against journalists inside EU Member States´(including 14 murders of journalists in France, Poland, Denmark, the UK, Bulgaria, Slovakia, and Malta).”

Matthew, son of murdered Maltese journalist Daphne Caruana Galicia, gave us inside and chilling information about the death of his mother. Ar the time of her death she faced 64 SLAPP law suits against her – an issue which increasingly preoccupies the AEJ.

At a virtual AEJ Congress via Zoom in 2021 the negative implications of the Covid19-pandemic on media freedom were discussed. There the new International President was elected: the head of our large and dynamic Greek section, Saia Tsaousidou. The Irish-Austrian journalist Edward Steen took over from the long-serving Tibor Macak as new General Secretary.

Tibor, a radion and TV correspondent in Berlin, was warmly thanked for finding time ontop of his job to organise several board meetings in Bratislava and numerous congresses. He is now a Vice-President of the AEJ.

Edward Steen relaunched our homepage www.aej.org with valuable inside reports and interviews on media freedom issues, and since February 2022 with regular features on Putin’s war in Ukraine and´extraordinary and dangerous coverage by our colleagues, including Russians now forced into exile from Moscow.

He has since become an influential and effective member of Commission President Ursula von der Leyen’s team.

The AEJ has faced some reverses. After the German section left us in turmoil over the issue of voting rights, we also lost several other sections, notably the Dutch, Portuguese, and Serbian sections. Most had failed to attract new and younger members. 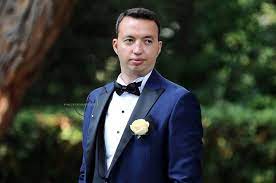 The Ukrainian section, which for many years was exempted from membership fees, suddenly left after being questioned about how many members they had, and who was active in the media. (Establishing a new Ukrainian Section is now being worked on by the SG). But there was good news in Tirana, where I was able to persuade star TV-anchor Arber Hitaj to found a new section. It has since grown enormously and is playing a serious role in promoting a free press in Albania.

But for all sections the relentless pressure on full-time journalists restricts voluntary work for a media organisation. In Austria one editor-in-chief prohibited his journalists from attending background briefings during working hours. Some sections do not offer an attractive or dynamic programme. Some members doubt the benefits of AEJ affiliation altogether.

Here the AEJ shares the fate of trade unions. When jobs are secure some journalists think they don’t need the support of a trade union or media organization. When problems arise it might be too late to ask for help.

With growing threats to media freedom and ever more SLAPP lawsuits against investigative journalism in all European states – and worldwide – the AEJ will continue to play its role as a voice for our profession and a watchdog.

As then-president, with the backing of the Board, I personally approached EU Commissioner on Values and Transparency Věra Jourová to ban Russia Today and Sputnik from EU cable networks, as they are distributing only war propaganda and fake news. Some sections were critical.

But I remain convinced that Russian media outlets like RT which are in reality controlled by the Kremlin, and in effect part of its war propaganda, should not enjoy the same rights as media which follow the normal ethical rules of our profession – investigative checks and re-checks and independent of government influence. State interference or worse is growing even inside the EU, notably in Hungary and Poland but not only there. In Austria, with the intended closure of the Wiener Zeitung and scandals about fake, paid-for opinion polls planted in compliant newspapers, the issue is currently headline news.

It may well be time, as our Secretary-General suggests, for the AEJ to establish a new Section for journalists in exile, like so many Russian and Belarusian colleagues now forced to report from abroad.

The Corona pandemic, and the war in Ukraine, have at last alerted the European public to the vital importance of solid and reliable information. The AEJ needs in my view to concentrate on the training of young journalists and on promoting media literacy in schools and universities. Our profession has a better and healthier future ahead of it than many – including many journalists – believed.

Happy anniversary, AEJ! And also to our Greek section, celebrating 40 years in 2022. We have many challenges before us. But viribus unitis – united we will win.