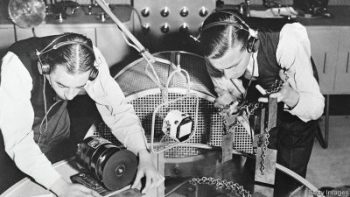 The current Economist carries a laconic article celebrating the BBC’s first 100 years,  remembering its calm, grown-up, but distinctly prim presence in what now seems a vanished society. How would it have announced a nuclear war? The BBC was ready: 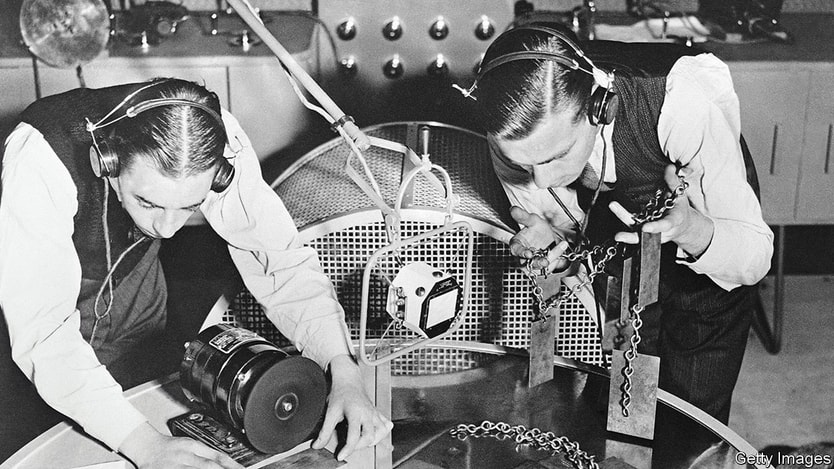 “The sound of the apocalypse would be soothing. Whereas prophets and novelists tend to imagine Armageddon as noisy—earthquakes, looting and whatnot—for the bbc, it would sound like Peter Donaldson. As documents declassified a few years ago revealed, he was the newsreader chosen to usher in the end of the world.

“This country has been attacked with nuclear weapons,” he says, with velvet voice and perfect diction. “Do not, in any circumstances, go outside the house.” The broadcast adds a few more details. Food must be conserved. Water must be rationed (“It must not be used for flushing lavatories”). Even in the end times, the bbc would not countenance the word “toilet”.

For many, this felt less unnerving than apposite. The organisation, which turns 100 this month, had announced the start of the second world war and its end. It had covered the liberation of Belsen and the coronation of Queen Elizabeth II, the Suez crisis and the Falklands war. For 100 years, the bbc has parcelled up disaster and defeat, then distributed them, after the pips and before the weather forecast, to the British. If Armageddon was to come, it felt right the bbc would announce it, probably after “The Archers”, certainly in an rp accent.

It was not, in the beginning, obvious that this would be so. The bbc was founded a century ago from pragmatism rather than idealism, the result of a lacklustre compromise to satisfy new radio companies (which thought they would flog (sell) more sets if people had programmes to listen to on them) and the General Post Office (which wanted to stop anyone from gaining a monopoly over the airwaves, but couldn’t be bothered to oversee programmes itself). So it was that on October 18th 1922, to the interest of almost no one, the British Broadcasting Company was born. “Company” became “Corporation” in 1927.

The legendary post-war BBC voice: Alvar Liddell, who was actually Swedish (and btw a friend of SG’s family)