Defence of Odesa: the siege of Mykolaiv 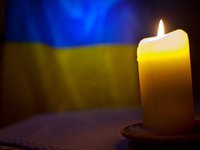 OPINION from the front line 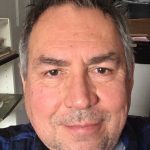 Every hour of every day that Ukrainians hold out against the Russian invasion escalates the pressure on Western leaders to increase military support for Ukraine. Atrocities like the destruction of the maternity hospital in Mariupol and the strike at the air base this morning reinforces the world’s condemnation of the psychopaths in the Kremlin.

The pressure on western leaders isn’t high enough yet to compel them to use their own forces directly against Moscow but it’s certainly building momentum for the provision of fighter planes so Ukrainian pilots can destroy Russians in the skies and in armoured columns stuck on the ground.

Now an array of fearful threats that seem worthy of a science fiction horror movie are emerging. The Chernobyl nuclear power station, captured by Russians early in the war, has been cut off from electricity supplies needed to keep the reactor that exploded in 1986 cool to prevent a meltdown. The power station’s generators are running down, as are exhausted staff who are working at gunpoint.

American intelligence has been remarkably accurate throughout the war. It has correctly warned of false flag operations – Moscow’s planned attacks against civilians, perhaps even its own, so that the Kremlin can justify slaughtering innocent women and children as well as those who are fighting them. Washington is now warning that dictator Putin has given the go-ahead to use chemical and biological weapons in new “false-flag” operations.

It’s often said that war brings out the best in people as well as the worst. It is always humbling and a privilege to meet these “ordinary” people who show how extraordinary, in fact, they are. The Black Sea port city of Mykolaiv is filled with these quiet, unassuming heroes. It’s a place that was little-known in the wider world a week ago and has now become yet another emblem of Ukraine’s courageous determination to resist the Russian invasion.

Russian forces hoped to swiftly capture Mykolaiv, which is critical to their plans to control Ukraine’s Black Sea coastline and to open up a route for tanks and other vehicles to take the main prize, the country’s largest port and home to its navy, Odesa.

As in other cities, Russia’s military machine encountered obstinate resistance that unraveled its plans to encircle Mykolaiv. Ukrainian forces earlier this week (March 7) repulsed, after a fierce battle, Russian forces which had previously captured the city’s airport.

The Russian military has used its now familiar tactics of indiscriminate air force, missile and artillery attacks that have pummelled residential districts and caused many civilian deaths and casualties.

And the fight for Mykolaiv has propelled onto the national stage a charismatic local politician who was elected the regional governor in 2020, Vitaliy Kim. Kim,41, has inspired Mykolaiv’s population to work alongside the military to bolster its defences for an anticipated massive Russian effort to capture the city. His daily video updates on the war, laced with a barbed humour mocking the Russians, has made him popular viewing throughout Ukraine.

The route into the city from Ukrainian-held territory to the west is across the mile-long (approx 1.5 kms) Varvarskiya Bridge across the Pivdenny Buh River. I walked across it with mixed feelings knowing that Ukrainian sappers had rigged it up with tons of explosives ready to blow it up if the Russians looked as if they were going to break through.

At the same time, as the sound of exchanges between Ukrainian and Russian artillery provided a constant backdrop of explosions, I assured myself that the bridge was probably the safest sliver of the city because the Russians want to capture it intact. Ukrainian military sources said that Russia would likely also use a combination of air force, missiles, and shelling by its ships in the Black Sea but the vital component of any assault on Odesa would be armoured vehicles, artillery and troop transports coming by land after having captured Mykolaiv.

Despite the shelling, Kim and two senior military officers, came out of the city’s administrative offices to talk to journalists. Occasionally rockets fired by the two sides flew above our heads sounding like big jets in trouble, their trajectories ending in massive explosions that echoed throughout the city.

Kim said the pressure on Mykolaiv had eased Wednesday (March 9) after Ukrainian forces struck Russian targets the previous evening, including a fuel dump. He said many of the Russian vehicles – tanks, armoured cars and trucks – that hadn’t run out of fuel yet were moving around aimlessly. He said that scores of armoured vehicles had been captured or abandoned and are being repaired to be put into service with Ukrainian forces.

He complained there were too few mechanics to carry out repairs as quickly as the Ukrainian side would like. Kim said that so far the city’s hospitals were sufficient to cope with the wounded and injured. He said that a reorganisation of medical services because of the Covid epidemic had produced an efficient system for dealing with war casualties. And he said that thee were enough surgeons and stores of medicines.

I asked him that now the world knows where Mykolaiv is, what does Mykolaiv want to tell the world? The governor replied: “Mykolaiv wants the world to know that we are a very nice city, with very nice people and when the war finishes, we want tourists – not the Russian type with guns – but people from around the world to come here. We want to show them to see the culture and history of our city and that we will never let the enemy in here.”

He said that 28 Russian soldiers had surrendered the previous day. “They are hungry, dirty, cold. They plead for food and water. We’ll need help and buses to get them out of here. They are being sent under police escort to Kyiv, Vinnytsia and other cities,” he said. Kim said that many in Mykolaiv were taking pity on their assailants. “Many of them s are 19-year-olds or 20-year-olds who don’t understand what is happening around them. They are simply being sent here as meat to the grinder. My message to their parents in Russia is to take their children out of here. – we don’t need them.”

Mykolaiv’s defenders know their task is to prevent the Russians having a free run at Odesa. “Odesa can sleep calmly for the moment because we will not allow the Russians through. We ask Odesa to send us the supplies to enable us to keep fighting,” said Kim Colonel Roman Kostenko, a Ukrainian parliament member and secretary of its committee on security, defence and intelligence is also a colonel in an Interior Ministry special forces detachment taking part in Mykolaiv’s defense.

“I want to say that with each passing day the morale and psychological resilience of Ukrainians and this city is only growing. I have worked with Ukrainian intelligence agencies and I can tell you that the morale of the Russian armed forces is plunging with every blow that our forces strike against them. We will increase our strikes to such an extent that all they will think about is running away as fast as they can.”

He urged Russian officers who are repelled by their forces attacks on innocent civilians to surrender. He warned that Ukrainian authorities were using information from personal effects found in abandoned or captured Russian vehicles and by other means to compile a list of names and home addresses of everyone who had attacked civilians or committed war crimes.

“I assure them that after this war is over we will act as the Israelis do and we will come after every one of them and punish them.”

A senior Ukrainian General, Dmytro Marchenko, involved in the city’s defence, warned Russian officers or others who give orders for their men to fire on civilians that the Ukrainians would kill 10 of their soldiers for each civilian killed.

“So I strongly recommend that they don’t interfere with the civilian population because all of them will be held responsible. We know who these people are. We have a vast amount of intelligence, including much from our American partners, that consists of photos where we can see faces. We can see when those guys go for a piss.”

Marchenko said that the Russians were leaving the bodies of many of their dead where they fell. “It’s unpleasant to say this, but their corpses are food for stray dogs. We’re not able to retrieve them because of continuing Russian fire in those areas. We guarantee we won’t shoot any Russian soldiers who give up. Also, we guarantee that no harm will come to Russian tank crews if they come toward our lines with their main guns turned away from us.

“If they have committed crimes, they will be tried but they will be alive. The rest of them will become dog food.”

Governor Kim’s grandparents were Korean. Many Koreans were sent to the USSR by the communists during the 1950s Korean War as virtually slave laborers. Their work, usually in grim conditions with unrelenting hours, earned the communists Soviet weapons and other supplies. Some of those workers managed to remain in the former Soviet Union. Kim’s father, the son of those grandparents, married a Ukrainian woman and Kim was born in Mykolaiv.

He became successful entrepreneur in development, agriculture and information technology whose company operate around Ukraine. His first venture into politics was supporting Volodymyr Zelensky in his successful 2019 campaign to become Ukraine’s President. The next year he won the race to become the Mykolaiv region’s governor. He ran on a ticket promising to battle corruption and use his own business acumen to reform and boost the region’s economy.

Kim told me he had no military experience but explained: “I have always tried to think in a non-standard way (out of the box). I didn’t have rich parents and I’m a self-made businessman. In business it’s important to learn very quickly and now I am learning rapidly about military matters.” Speaking very deliberately, Kim said: “We are not going to give the Russians our city. If they manage to enter they will be attacked from every direction, We have a grid system of streets with many high buildings and it will be easy to use Molotov cocktails from the roofs. They will be burned out.”