President Lukashenko’s weaponisation of refugees desperate to reach the EU via Belarus’ border with Poland is an outrage which may well signal, in all the confected confusion, an imminent fresh aggression by Vladimir Putin against Ukraine, as in 2014.

Poland has blocked journalists and NGOs from its “exclusion zone” of 115 towns and villages in the Podlachia region and 68 in Lubelskie and sent back anyone they catch (the locals have been kinder to refugees managing to hide). But this is just when some European light and clarity are needed. 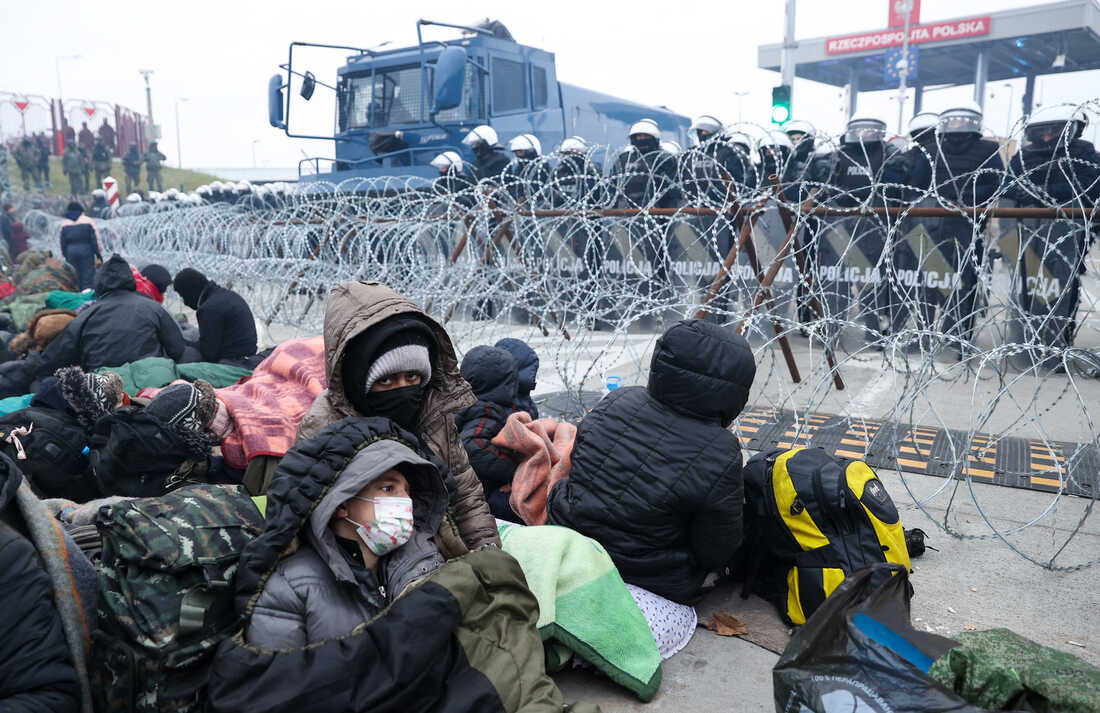 As for the Eurosceptic Polish government, locked in argument with Brussels,  not least about unpaid subsidies, it has been neither gracious nor sensible in its dealings with the EU.  Poland at the moment needs the goodwill, and all the political, diplomatic, and if necessary military support it can get.

This article sums up the story so far, concluding that the EU is not responsible for bringing the asylum seekers to its borders, “(but) it will nevertheless share Lukashenko’s shame for the needless suffering of innocent victims at this border zone.” In a bizarre and angry interview yesterday Lukashenko admitted to the BBC’s yesterday (20 Nov) both that he had beaten demonstrators after his “election” last year, and that Belarus had helped refugees get to the border.

This abject story has inspired an alarming overview of the present conflicts from the journalist-historian Anne Applebaum in her cover article for this month’s Atlantic magazine.

The FT‘s former Moscow correspondent, AEJ member Tony Robinson – ex-colleague of both myself and of Anne – wrote when I sent him the article: “typically incisive and brilliant tour d’horizon of the horribly unequal struggle between criminalised, tech-savvy, cross-border alliances and the depleted, inadequate, and disjointed defenders of democracy, decency and the rule of law. Anne has cast a harsh unwavering light on the bad guys….

“But as that nice Mr Lenin once asked ‘chto dyelat?’ (what is to be done?) Any ideas?”

Ter article entitled THE BAD GUYS ARE WINNING is deeply personal  – her own ancestors came from Belarus – and is making waves on both sides of the Atlantic. It begins: “The future of democracy may well be decided in a drab office building on the outskirts of Vilnius, alongside a highway crammed with impatient drivers heading out of town.”

♦ Her most recent book: Twilight of Democracy: The Seductive Lure of Authoritarianism

♦ Foreign Policy: Is Russia preparing to invade Ukraine? What does Putin want? Debate.

♦ Spectator tv: Russia and what’s next for Ukraine – interview