Deutsche Welle has made an excellent documentary about the epic career of Angela Markel, whom I met soon after German unification. I under-estimated her as badly as most who knew her then, not least her predecessor Helmut Kohl, who dismissively called her “the girl” (das Mädel). He evidently believed she would make a convenient, unelectable buffer-zone between him and his enemies and rivals in the ruling CDU (Christlich Demokratische Union).

Now, after a disastrous election for CDU candidate Armin Laschet, filmed laughing in the background during a visit to a town devastated by recent flooding, who will rule Germany? The victor (just) was the Socialist candidate and vice-chancellor since 2019, Olaf Scholz. Tough bargaining has begun about a 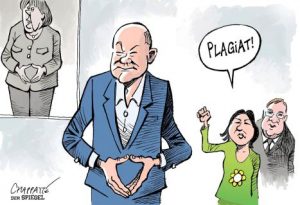