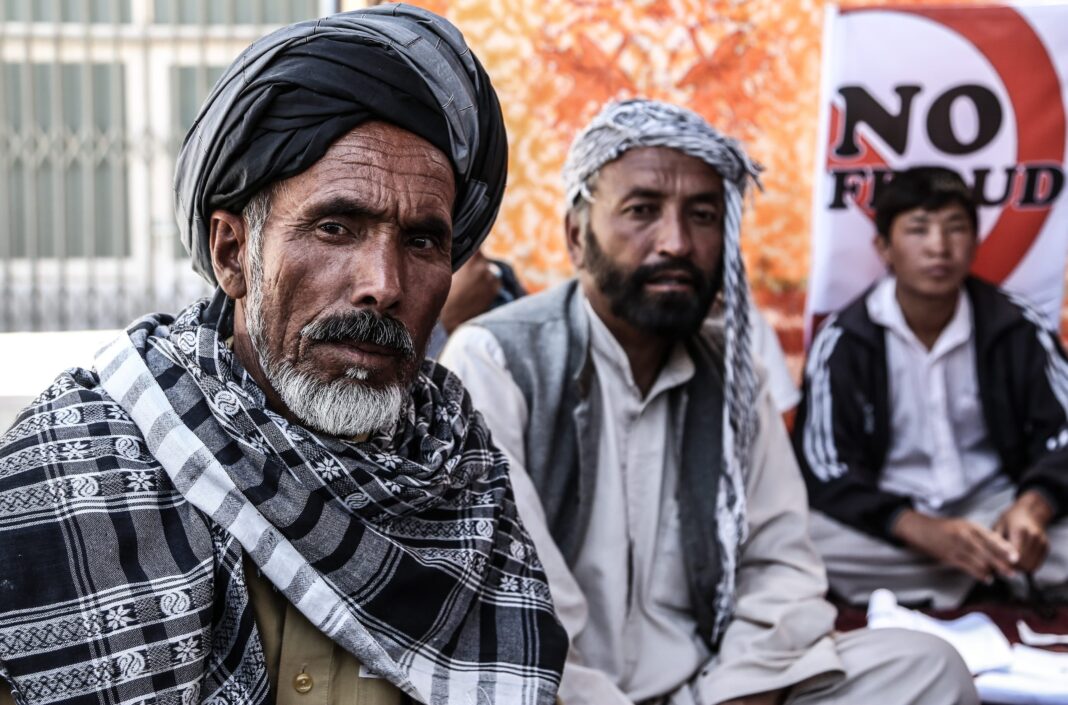 During the Afghanistan conflict, as well as in the unfolding crisis following the Taliban’s recapture of the country, the EU once again proved that it has no foreign and security policy strategy of its own.

The surprising speed by which the Taliban seized control, with relative ease, of the whole of Afghanistan is a major geopolitical debacle for the US and its European allies. The capture of Kabul by the Islamist militants saw horrific scenes of despair at Kabul’s international airport as desperate Afghans clung to American military planes while they were attempting to taking off.

Many pundits were quick to note that the scenes were eerily reminiscent of the US withdrawal from Saigon, the then-capital of South Vietnam, in April 1975. Faulty information gathered by Western intelligence services, which predicted that the Taliban would not enter Kabul until the autumn, also showed the helplessness of the West as it quickly came to understand that the Afghan national government was neither a reliable ally nor a solid source of information for facts on the ground.

EU politicians, in particular, took an unusually long amount of time to evacuate their embassy staff. Worse still, many of the Afghan staff who worked or still work for Western diplomatic offices and humanitarian organizations were left behind, despite promises by the European Union that “nobody would be left behind”.

The German Ministry of Defense had already ordered two charter planes for the transport of local Afghan workers back in June, but the equipment that was needed to issue visas and verify IDs was missing. Furthermore, Berlin was overloaded with the burden of evacuating German troops from the area around Kunduz, in northern Afghanistan. As a result, the flights were dropped. The Afghan staff later received normal airline tickets out of the country, but no sooner were scheduled commercial flights cancelled both to and from Kabul.

The withdrawal of British military units and embassy staff was also chaotic. Their Afghan relief personnel – more than 2,000 people – were not flown out in time. This has put their lives at risk, despite the assurances that the Taliban’s leadership have given.

The radical Islamist group has said that no harm would come to Afghan soldiers or those who worked with Western aid agencies. British Conservative politicians, including Brexit critics David Lidigton and Rory Stewart, have criticized Boris Johnson’s government for not making an attempt to organize a better emergency military presence, with fellow NATO partners, once the United States formally withdrew from Afghanistan.

Ever since former President Donald Trump signed an agreement with the Taliban in February 2020, on the withdrawal of US troops from Afghanistan by May 2021, Europe should have, but failed, to work out a strategy for the withdrawal of troops, aid workers, and local Afghan helpers.

There is no sign that the European Union has any sort of strategy towards Afghanistan after the recapture of the country by the Taliban. At a meeting of EU foreign ministers on August 16, the focus was on the potential of a new refugee crisis. Europe’s top brass spent a significant time debating the possibility of paying Tajikistan, Uzbekistan and Pakistan – all of which share borders with Afghanistan – to house Afghan refugees and to prevent them from heading west towards Europe’s borders – a similar approach that the EU too with Ankara in 2016 to stem the tide of Syrian refugees who flooded into Europe with help from Turkey.

Some politicians – including Austria’s Minister of the Interior, Karl Nehammer – maintained that Afghan asylum seekers whose applications were rejected should still be deported back to Afghanistan regardless of the fact that the Taliban are now in charge. But in the face of a looming humanitarian catastrophe, one that could drive millions of refugees from Afghanistan towards Europe, Nehammer’s statements, which were only made for domestic political calculations, seem simply embarrassing.

Even before the fall of Kabul to the Taliban, the EU already appeared to be overwhelmed by refugees from the Middle East and Central Asia as Belarus’ dictator, Alexander Lukashenko, has been funnelling several hundred illegal migrants across the borders of Poland and the Baltic countries. Despite the mounting evidence pointing to Belarusian complicity regarding the border violations, the European Union hasn’t been able to muster much of a response.

In regards to the ongoing Afghan crisis, the European Union continues to show that it still has no means at its disposal to manage a global political crisis. Instead, it can only play second-fiddle to its principal ally, the United States, despite the fact that the latter has lost much of its credibility as a global arbiter following its disastrous foreign policy decisions to wage war in both Afghanistan and Iraq for the last 20 years.

A simple fact that has to be understood amongst the 27 members, but specifically in the so-called “Brussels Bubble”, is that the EU plays a secondary role in global politics and has little-to-no geopolitical clout with the world’s main powers – the US, Russia, China, and the UK. Already in the Middle East, but also further afield, in Afghanistan, Russia and China have already taken advantage of the vacuum left by the United States and its European partners.

The EU may have tied up many forces fighting COVID-19 and wildfires, while others were apparently on summer holiday, but the utter incompetence of the bloc’s security policy, as has been on display in Afghanistan, should be a last wake-up call for Brussels.

The European Union must become a major power player in its foreign and military policies if it still wants to play a credible role in the world. Otherwise, it will be nothing more than a good-for-nothing spectator that can only make an occasional financial aid appearance – at best.

There is still a long way to go from global payer to global player.