Hungarian prime minister Viktor Orbán has become the first European leader to be challenged to pay the price for flagrant misuse of Israeli Pegasus software to spy on journalists and opposition politicians. 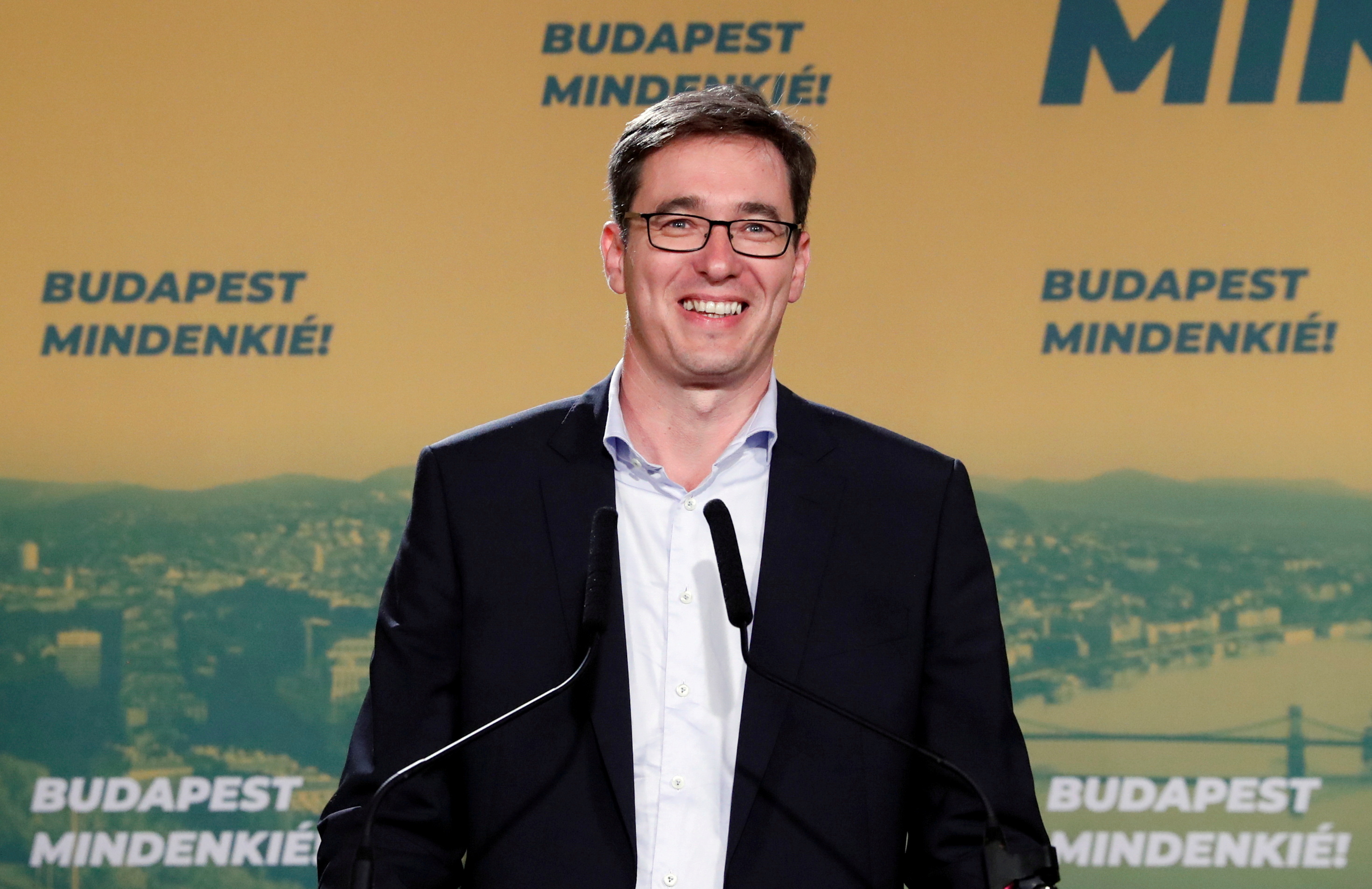 Budapest mayor Gergely Karácsony, 46, (left) the opposition parties’ likely joint candidate in the spring 2022 parliamentary elections, said yesterday: “At the very least, the minister of justice has to resign.” On Monday evening a protest over the Pegasus affair drew some 1,000 people. “This scandal shows we cannot talk about the rule of law any more in Hungary,” Anna Donáth, a Hungarian MEP with the opposition party Momentum, told Associated Press at the rally. “Our demand is the resignation of the government.”

Orban and his governing Fidesz party have so far chosen  to ignore or deny any illegitimate use of the notorious software, which Hungarian law allows only where national security is at stake.

Justice Minister Judit Várga, whose signature would be needed in such cases, has said only that “every country needs such tools,” while the government spokesman claimed over Twitter that the Pegasus investigation was financed by Orbán’s enemy, Hungarian-born Jewish-American financier, and philanthropist, Georg Soros.

Opposition MPs had demanded an emergency meeting of parliament’s national security committee on Monday, but the four MPs from Orbán’s Fidesz party did not show up, meaning there was no quorum.

“The government’s plan is not to discuss the issue,” said Péter Ungár, an opposition MP who sits on the committee. He also said Várga should resign if she could not offer any adequate explanations about the surveillance.

At least five Hungarian journalists appeared on a leaked list reviewed by the Pegasus papers consortium, of numbers selected by NSO clients ahead of possible surveillance, including two from the investigative cooperative Direkt 36, a Pegasus project partner. Also on the list was the telephone number of the opposition politician György Gemesi, the mayor of the town of Gödöllő and head of a nationwide association of mayors.

“He’s been the mayor of a small town for 30 years, and for me it’s completely unthinkable that there would be any legitimate criminal or national security interest in surveilling him,” Karácsony said about his friend.

His own number is not on the leaked list but he said the revelations were unsurprising. In 2019, during his campaign for mayor against the Fidesz-backed incumbent, a recording was leaked of Karácsony discussing infighting among the opposition. Since then, he said, if he has sensitive discussions, he first makes sure there are neither phones nor laptops in the room.

He won international fame this summer by endorsing the renaming of streets around a huge planned Chinese university in Budapest. Deusche Welle reported:

“Karacsony has the support of the independent but opposition-backed district mayor of Ferencvaros, Krisztina Baranyi. She has provocatively renamed streets around the huge planned construction area “Dalai Lama Street,” “Street of Uyghur Martyrs” and “Free Hong Kong Street,” in reference to issues and conflicts that have sparked international condemnation of China for human rights abuses.

“When we name public places after social groups and people who are victims of the Chinese state, we are standing up not only for them, but also for the ideal of freedom and solidarity,” Karacsony said at the inauguration of the street signs.

Government spokesman Zoltan Kovacs told the internet website Telex that the opposition seemed to have “lost its common sense.”

The renaming of streets has fuelled a simmering conflict over the planned Fudan University project, increasingly an election issue.  The new campus, opposed by most Budapest citizens including Fidesz supporters, is intended to cover more than 500,000 Sq m (64 acres), making it much larger than any other Hungarian university. In April, Direkt36 revealed the cost of the project: the Fidesz government apparently intends to spend around €1.5 billion on it, more than the budget for the entire university system in 2019. Direkt 36 also suggests the vast project is likely to enrich Orban’s father Győző . Orban’s family and friends have long been accused of feathering their nests during his 11-year-long regime.