Former AEJ president Otmar Lahodynsky has been teaching young journalists in Austria about how to become “Europe-savvy”. At annual courses, EU specialists editors pass on their knowledge to others

This year’s course, called “Europa Kompakt”,  organised by the excellent 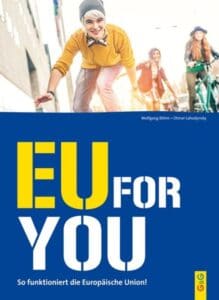 journalists’ college here, the Kuratorium für Journalistenausbildung, was led by Wolfgang Böhm, head of the Europe section of the daily Die Presse, with whom Otmar Lahodynsky, formerly with profil magazine and a veteran Brussels correspondent, co-wrote the Europe handbook EU For You! They introduced the participants to the basics of EU regional policy via Zoom conferences.

After a presentation of the various EU funding pots, the students delivered a paper on a selected EU project. Among them was a cross-border initiative on Lower Austrian municipalities with the nearby Slovak capital Bratislava. In Styria, a project on the cultivation and marketing of herbs received EU start-up funding.

In the second part of the course, Ingrid Steiner-Gashi, Brussels correspondent of the liberal daily Kurier explained the essentials of reporting Europe. An EU summit was presented as a practical example, with students reporting on a press conference. At the end of the event, in

mid-July, Lahodynsky and Steiner-Gashi described their personal experiences and observations. Lahodynsky demanded “more seriousness” from the Austrian government in the way it communicated EU policies.

Very often, he said, the EU still served as a scapegoat (as in many other EU member-states). “Positive effects are immediately presented as the result of our own government’s work, and any negative effects are always Brussels’ fault.”

The effect was to push Austria to the bottom of the list of EU countries when it came to positive attitudes to of EU membership. “Yet Austria has benefited enormously from EU membership, especially economically”,  Lahodynsky said. He said there was a gaping hole where there should be initiatives for the ongoing EU conference on the future of Europe – fir which direct contact with citizens is in the foreground. “Up to now, not much has happened in this regard.”

The Europa Kompakt course is a cooperation with the representatives of both the European Commission and Parliament in Austria, and the Vice-President of the European Parliament, Othmar Karas. For further information on the course, please contact Nikolaus Koller at [email protected]