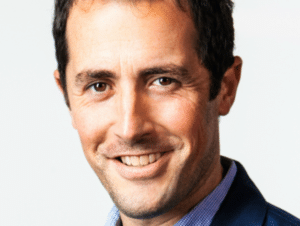 How will news-gathering be after the pandemic? The Zoom interviews have become standard. Maybe they are here to stay. What about working in pyjamas? Many miss the buzz and comradeship of a real newsroom, including the news editor of the Financial Times, my own alma mater in Fleet Street.

Matt Garrahan (right) argues that, leaving aside gathering a scoop or so, the pandemic time has been “sterile”, and is looking forward to re-establishing the newsroom as before. .

Elsewhere in UK media news, the constantly-improving UK Press Gazette reports on the imminent launch of what many fear will be a British-style Fox News operation. Will GB News, launching this Sunday (June 13), signal the end of BBC-style impartial broadcast journalism?

It is not to be a US-style propaganda shout-fest, but will rather “come at things straight down the middle”, insists the station’s news director, veteran tv executive John McAndrew, 51:  “There’s a place for everyone on the channel.”

But among the fiercest critics of GB News is the campaign group Stop Funding Hate, which has threatened to target advertisers with the hashtag #DontFundGBNews once the channel goes live. SFH is engaged in a continuous battle to try to cut off advertising revenue to right-leaning media.

Over the whole debacle looms, almost inevitably, 90-year-old Rupert Murdoch with another new – though scaled-back – opinionated tv station, to be called News UK. The battles ahead are set out in the London Evening Standard under the headline “Are you ready for a British Fox News? The people behind GB News hope so…”