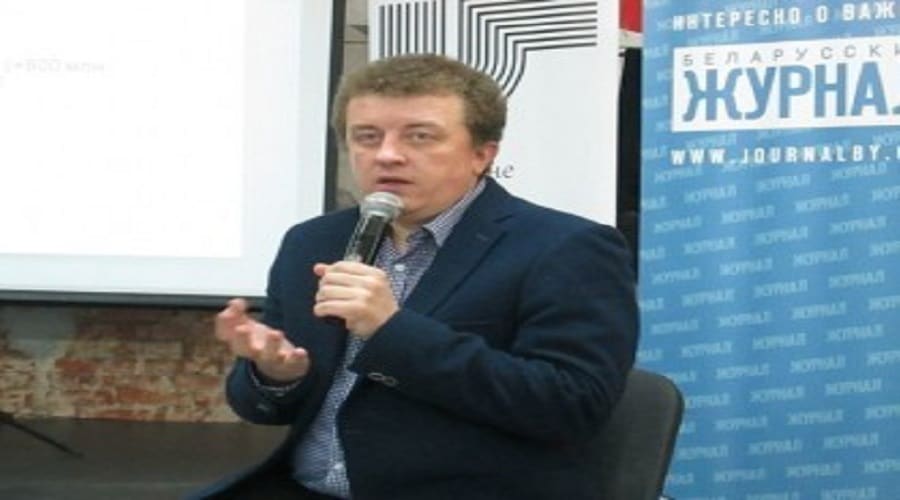 At least 22 raids were made today on the homes and offices of journalists, human rights activists, and trade union members in “a preliminary investigation to establish the circumstances of the financing of protest activities”.

Huge protests followed the election last August of Belarus’ first-ever President. The vote was deemed ‘not free and fair’ by the EU. It involved “massive and systemic violations of basic rights before and after the poll”, according to an OSCE investigation.

“This is the true face of how free media are being threatened everywhere, not just in Russia but in EU states like Poland and Hungary”, she said. “The vice-president of our AEJ section in Minsk, Andrei Aliaksandraou, has been in prison since January 12, merely for reporting on the mass demonstrations.”

Founder and chief editor of the news website Belarus Journal, Aliaksandraou was until 2012 deputy chairman of the Belarusian Association of Journalists.

The Belarusian human rights organization Viasna was also targeted. Phones and computers were seized, and several people arrested, Viasna said. As with journalists, Belarus claims shadowy foreign financing, an echo of the methods used in Russia.

Harassment through searches, arrests and criminal prosecution of journalists and human rights defenders, including Council of Europe (CoE) and UN partners is unacceptable, the CoE’s Commissioner for Human Rights Dunja Mijatovic tweeted today.

“So far, so useless, quite honestly”, said the AEJ-President. “The CoE even has an office in Minsk. How much are European institutions, and European taxpayers, being duped by governments which are happy to sign whatever brings them cash and political respectability, but beat up journalists anyway if they try to report what’s going on?”

Belarus is now on its second Action Plan, for 2019-2021, “a joint initiative of the Council of Europe and the Belarusian authorities”. The CoE describes the plan as “structured around the Council of Europe’s three operational pillars: Human Rights, Rule of Law and Democracy.”