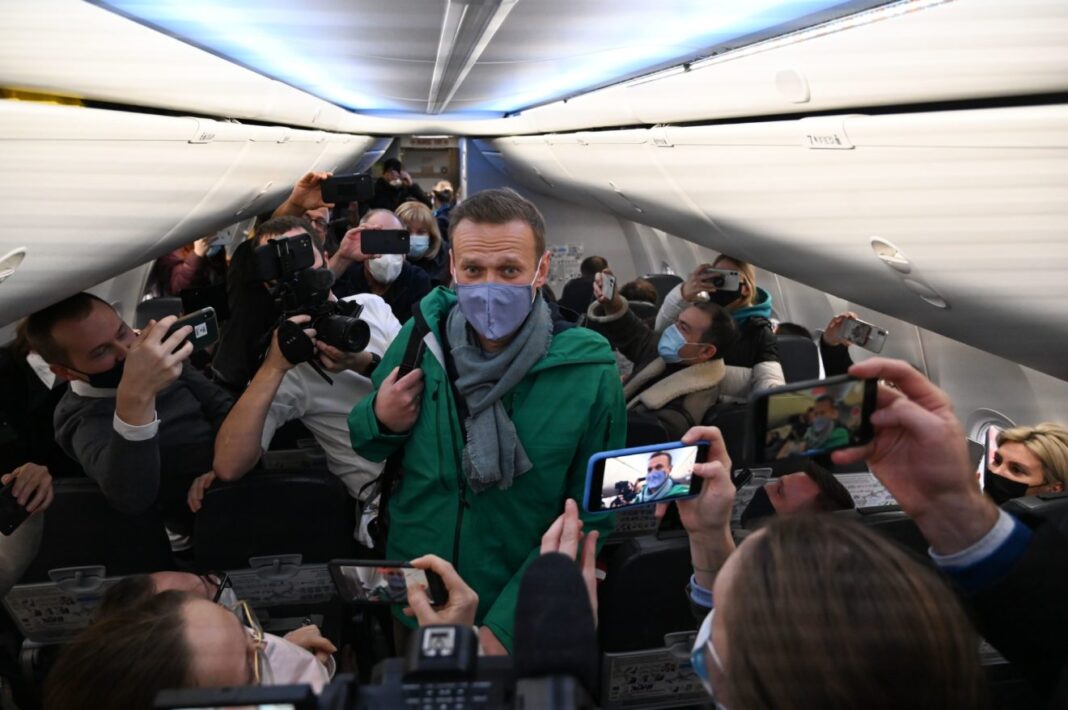 No „constructive engagement“ with Moscow because of gas-pipeline

The arrest and imprisonment of Russian opposition leader Alexei Navalny on his return to Moscow from Berlin on Sunday was “an assault on human decency and basic European values” the „Association of European Journalists“ (AEJ) said today, backing EU calls for his release. AEJ-President Otmar Lahodynsky: „In a mockery trial Nawalny was sentenced to 30-days’ imprisonment, while the Russian justice authorities so far refused any investigation about the poisoning of Nawalny as Russian citizen on Russian soil, apparently on the order of the Kremlin.“

Navalny, whose blog has won him enormous popular support,  called  his treatment a „lawlessness of the highest grade”, and in a video address told the protesters and numerous international journalists outside the police station: “Don’t be afraid. Take to the streets, not for me, but for yourselves, for your future.”

“Nawalny has shown extraordinary courage in returning home”, Lahodynsky said. “For him to be locked away on spurious charges is unacceptable.” The AEJ unreservedly condemned “constructive engagement” if it meant quietly accepting Putin could kill whoever he found inconvenient. AEJ called for more and severe sanctions on Russia by the EU-leaders who will debate Nawalny’s fate at their EU-summit on January 21st.

In no circumstances should the silencing of Navalny be blinked at in the name of maintaining “constructive engagement” with Russian President Vladimir Putin, Lahodynsky said. There was a real, obvious danger that Navalny would now be “disappeared”. 70 journalists and Navalny supporters had been simultaneously arrested all over Russia, according to the BBC and press movements – including that of European and American colleagues – restricted as far as possible.

The plane carrying Navalny and numerous journalists was at the last minute diverted from Vnukovo-airport, where thousands of supporters and pressmen were waiting for him, to Sheremetyevo  (north of Moscow) an hour’s drive away. The roads were closed to stop anyone from meeting him there.

With the help of investigative journalists, Navalny sensationally impersonated a FSB (Russian secret service) officer over the telephone. One of the agents who had tried to kill him five months ago with the toxic chemical Novichok in Siberia, revealed to him how the poison was secretly put on his underwear. Nawalny collapsed later in a plane to Moscow and was put to a hospital in Omsk. Later he was flown to Berlin for medical treatment which saved his life.

The arrest of Navalny, 44, after his return to Moscow comes as the controversial Nord Stream 2 natural gas pipeline between Russia and Germany nears completion. The 11.6 bn $ (so far) project would deliver Russian gas to Germany and make it a regional gas hub.

How the European Union behaved over Navalny was evidently connected to the Nord Stream issue, Lahodynsky said. He noted that while German government support for the project had remained solid, the outgoing US-administration put sanctions on a Russian ship and a Russian company involved in the pipeline-construction.