Europe must be more than an ATM-machine 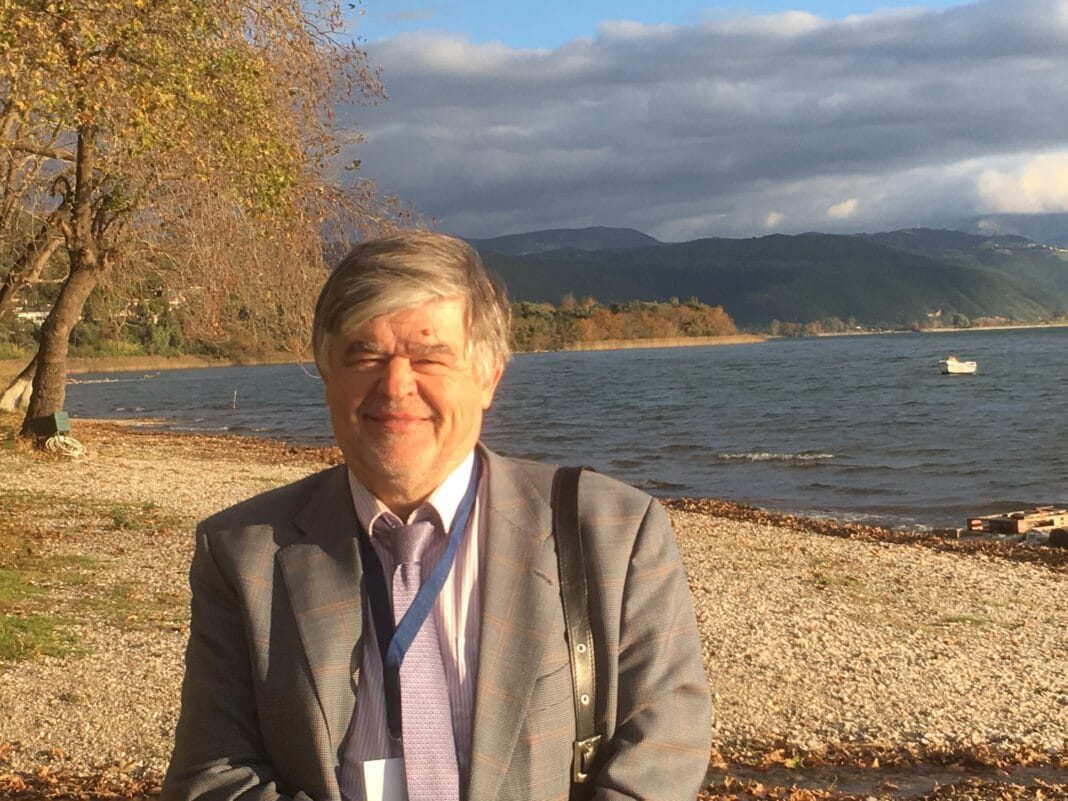 This comment was published in Estia-Newspaper in Athens and in “New Europe”-magazine in Brussels.

Europe must be more than an ATM machine

EUROPE MUST BE MORE THAN AN ATM MACHINE

“The future is Europe“ reads a giant poster in Brussels’ European quarter in Brussels. Paid for by a businessman, it seems a little desperate against the backdrop of the EU’s current situation. For the first time in its history the EU is poised to lose a member, the United Kingdom, the third largest economy in the EU, a permanent member in the UN Security council, and a nuclear power. It is at best unlikely that the deal between the EU and UK, manifestly worse than existing arrangements, will pass parliament in London this week. A hard Brexit, as in the worst kind of expensive divorce, still looms, with consequences for all of us.

My ex-colleague as Brussels correspondent, Boris Johnson, continues to recite the mantra (though more vaguely now) awaiting the shiny future “Global Britain” once freed from the shackles of the EU. And some of the more deluded Brexiteers such as Nadine Dorries MP go so far as to vilify Mrs May’s deal on the basis that there will then be no British Commissioner or MEPs. Pity Michel Barnier and admire his patience. This is simply crazy. You leave a tennis club and expect free hours on the courts and snacks and a well-paid seat on the management committee?

Centrifugal forces weaken the Union. Right-wing governments as in Italy, Hungary, and Poland pretend that the nation state can handle current problems better than a Union of 28 countries. A child can see that even Germany, the largest and most powerful Member State, is on its own weak going on helpless in the face of mass-migration, climate change, terrorism, noxious targeted disinformation, not to mention Russian nerve-gas attacks and the looming trade conflicts with Trump’s USA or China.

The EU is also being weakened by several Member States refusing to respect common, agreed rules to guarantee the functioning of a Union with (for most of them) a common currency, a common foreign and security policy, and closer cooperation in justice and home affairs. The Italian government apparently doesn’t care a fig about agreed limits to national debt, and simply ignores the verdict of the Commission. Hungary and Poland have refused to accept a quota to settle migrants from Italy or Greece in all EU countries so as to relieve the burden on the few.

Hungary and Poland face a procedure of Article 7 of the EU Treaty because of unacceptable restrictions on the independent judiciary. An infectious revolt. It is an irony that the Polish government rejects the notion of solidarity when the first free trade union in the Communist bloc was founded in Poland back in 1980 and was called Solidarnosc. Some countries seem to mistake the EU for a kind of ATM which distributes huge subsidies but never needs to be filled up, not anyway by them.

A union with members acting like this plainly cannot function. “Unity in diversity“ is a guiding principle of the EU. It is being used to justify a kind of blind selfishness.

Next May’s European elections, perhaps the most significant since direct elections started in 1979, will see a stark choice between pro- and those which are anti-European parties. Some surveys predict strong support for anti-European candidates, with the American Steve Bannon seeking to unify the far right. But what do these forces have in common except being anti-EU, and as nationalists not having much time for each other? There is and can be no international movement of national forces.

We have seen in the past how quickly such a group dissolves. Out of the blue, a Romanian fascist was at war with a pro-Mussolini MEP who wanted to expel all Romanians from Italian soil. And French Le Pen supporter really has little in common with a German neo-Nazi except bad temper. But of course they are all openly or secretly supported by Russia, where Vladimir Putin has as little interest as Trump in a united European Union, and has played a shadowy role in the Brexit imbroglio with his army of Internet trolls.

Yes, I agree with the lone businessman in Brussels. Our future really is Europe – but one that is united and as strong as we can make it. The alternatives, if looked at at all closely, are as unappetising as a “Global Britain” with a collapsed currency and without friends, even Trump, daydreaming of becoming an offshore Singapore. Do we want to imitate the US model? Individual freedom without social rights and a steadily wealthier top tier of plutocrats, while – outside Silicon Valley and Wall Street – nearly everyone else sees falling or stagnant pay, and fragile, insecure MacJobs? Or perhaps the Chinese model of capitalism with tanks appeals? What about the Russian way? Life under a dictatorial President who knows what’s best for you, sends his critics and rivals to jail, or worse, and presides over an economy based on selling natural resources?

I can only hope that the European voter is intelligent or at least prudent enough to rediscover the values of European civilisation and solidarity, to recognise there is no other realistic or hopeful way forward. In May next year the extremists and fantasts should stay where they have been for the last few decades: a noisy minority in the European Parliament.