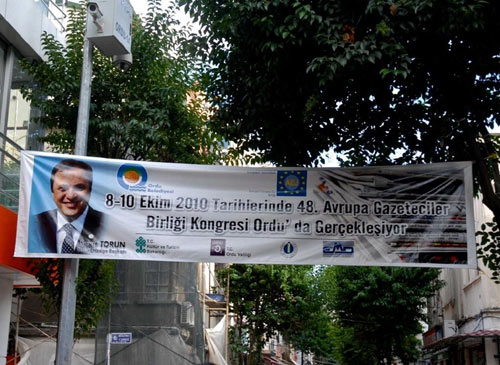 This years’ themes were ‘The role of media and tourism in bringing closer nations/societies in conflict’; ‘Turkey: a chance or burden for Europe’ and ‘Media Freedom: Current Problems and Issues’.

The 48th Annual AEJ Congress was organised by Assoc. Prof. Dr. L. Dogan TILIC, President of AEJ Turkey. The congress is sponsored by the City of Ordu, Mayor Seyit TORUN.