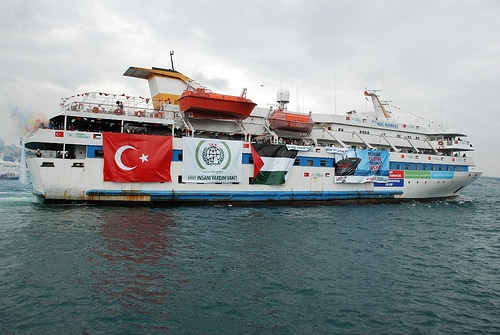 The Association of European Journalists deplores Israel’s attempts to censor information related to the forceful seizure on Monday of an international convoy of ships carrying aid to Gaza, which resulted in 9 deaths and numerous other injuries. It criticises the lack of respect shown for the personal safety of journalists aboard the ships and their freedom to report the violent events they witnessed, as well as the detention for over 24 hours of media professionals, together with others engaged in an attempt to deliver humanitarian aid for the people of Gaza who suffer severe deprivation because of Israel’s long-standing blockade.