AEJ partner in search for Journalism’s Next Young Stars 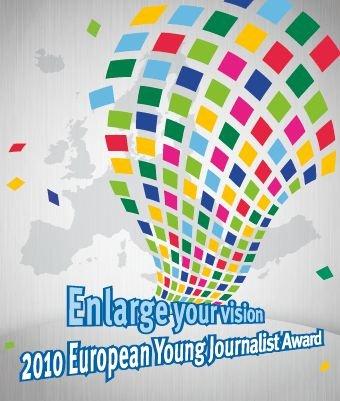 The EYJA 2010 challenges journalists and journalism students, aged 17 – 35, to enlarge their vision. It is an opportunity to represent EU Enlargement from creative and thought-provoking angles. The competition will run from 20 October 2009 until 28 February 2010. Print, online and radio journalism, published between 1 October 2007 and 28 February 2010, can be submitted by citizens of one of the EU Member States, Candidate Countries, Potential Candidates or Iceland.

The 36 national winners will each be selected by official juries in each participating country. An international jury will then select the three best submissions in the following categories: “Most original”, “Best research” and “Best journalistic style.” Each of the three Special Prize winners will receive a cultural trip, to a European capital of their choice.

Olli Rehn, Commissioner for Enlargement welcomed the EYJA 2010: “The third edition of the European Young Journalist Award continues to reward excellent journalism and gives the European Commission the opportunity to exchange ideas with Europe’s most promising young journalists about questions at the heart of the EU Enlargement project.”

The winners of the EYJA 2010 will visit Istanbul in May 2010 for a cultural and historical trip. Istanbul, one of Europe’s Capitals of Culture for 2010, provides an ideal location for the winners to enlarge their vision through cross-cultural interaction. The trip will end with a conference where views will be exchanged with leading international analysts about European culture, identity and EU Enlargement.

For information on how to enter the competition, please visit www.EUjournalist-award.eu