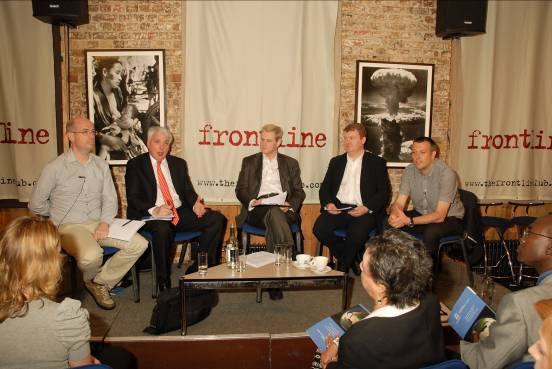 Truth in the media is a casualty of war

Journalists in London voted by more than two to one for the motion that “Governments at war are winning the battle of controlling the international media”. The debate at the Frontline Club on 1 May, moderated by AEJ UK chairman William Horsley, included a frank account by senior NATO official Dr Jamie Shea of how western governments managed to set the agenda for what journalists reported in the 1999 Kosovo war. Conflicts in Sri Lanka, Afghanistan, Gaza, Sudan, Congo and Russia-Georgia were also cited in the debate.

Read a full account of the debate by journalist Nicholas Jones on SpinWatch. Accounts by Annabel Symington, winner of the 2009 student journalism prize, and Tim Unwin are also available online.

Video of the debate in full (Frontline Club)