At the 2021 AEJ General Assembly the following officers were elected for a 2 years term:

AFTER MODIFIED STATUTES (decision of AEJ Int. General Assembly of 23 November 2013, in Brussels) CAME IN FORCE ON 12 DECEMBER 2013, ABOVE MENTIONED ELECTED OFFICERS AND SPECIAL REPRESENTATIVES MAKE UP  AEJ INT. BOARD

Short presentations of the board members:

President of the International AEJ since February 2021 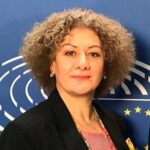 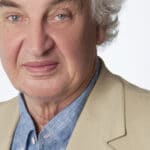 The new Gen-Sec was a columnist at the FT, then foreign feature writer at the London. Sunday Telegraph, covering inter alia Polish Solidarnosc, French and German elections etc, the Middle East and the Ugandan civil war. He helped recruit and establish the London Independent, and was its founding editor for Central and Eastern Europe. Later a political adviser at the European Parliament, he subsequently joined the then Economist-owned European Voice in Brussels. Educated in Africa, France, and at Cambridge University, where he read English, he lives in Vienna and has dual Irish and Austrian citizenship.

Vice President of the International AEJ since October 2010; member of executive committee of the Spanish AEJ since 2004; was news and program editor of Punto Radio (Vocento) since 2004 and is now freelance political analyst for TVE, CNN+ and Telemadrid.

Treasurer of the International AEJ since 2010, member of the Italian Section; Editor of the “Italradio” review (magazine and website) since 1996; author (most recent publication “Orario Radio 2010”) and director of the handbook series for Edizioni Medicea in Florence. Since 2007 is a member of the Italian National Professional Council of Journalism (Ordine dei Giornalisti). 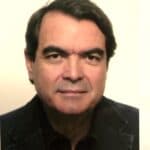 AEJ Representative for Brussels, has a long journalistic experience in Brussels demonstrating a high ethical and professional outstanding in the development of his work before the European Institutions and other international institutions.

HONORARY MEMBERS OF THE BOARD

Native of Dublin, Ireland. She was the International President of AEJ  2010-2014. She works as a senior Newscaster with RTE, Ireland’s national radio and television station, presenting the flagship 9 o’clock news. She has been a member of the AEJ since the early 1990s and Chair of the Irish section since 2002.

Assoc. Prof. Dr., Honorary Vice-President of the AEJ since October 2012 and President of AEJ Turkey, works as reporter since 1986 and a lecturer at Turkey’s Middle East Technical University. Turkey reporter of Spain’s Agencia EFE, Columnist in Turkish daily BirGun. As reporter, he has been to several conflict areas such as Afghanistan, Iraq, Azerbaijan and Yugoslavia. He is actively engaged in journalistic organisations and served as chairperson or executive board member of both national and international journalists’ associations. He found the AEJ Turkish Section and served as International Vice President of AEJ for several years. He is spokesperson of the G-9 Platform, which is an umbrella for the 12 leading Turkish journalists’ associations and actively working in the Freedom For Journalists Platform (GOP) of Turkey. He has got several journalistic awards, written academic articles and 5 books. 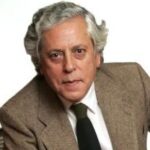 AEJ’s Honorary Secretary General, is Secretary General of the Association of European Journalists in Spain since it was founded in 1981. He has also been Secretary General of AEJ. His career started at Diario Madrid during the Spanish dictatorship, and continued in La Libre Belgique, Diario 16 and some others. Today, he collaborates with El Pais, Cadena SER, Telecinco and other top Spanish media. 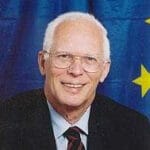 PhDr., AEJ’s Honorary Secretary General, journalist and pedagogue; 1964 – 1968 editor of daily newspaper Lud; 1970-1989 released from his job as ,”anticommunist”, not allowed to publicize; November 1989 working together with the Students Committee and the “People against Violence” during the revolutionary movement; 1993-2007 founder and president of the Slovak section of the Association of European Journalists (AEJ); 2002-2004 AEJ international secretary general; since 1993 Team Europe member (EU); 1994-2012 Secretary general of the Paneuropean Union Slovakia; 1996 Slovak journalist Award; 1997 Silver Medal from the President of the Slovak Republic; 1998 European Journalism Prize; since 2011 Honorary international secretary general of the AEJ. Author of hundreds articles, books (e.g. books of European integration, novels, poetry).

He was AEJ Representative for ‘Brussels’. From 2004 till 2012 he was AEJ’s International Secretary General. He was also Secretary-General of the Belgian AEJ Section (2003-2010) and of the Dutch AEJ Section (1992-1998). Brussels based Editor-in-chief and EU correspondent for European Business Review (magazine and website) since 2004; author (most recent publication Het Brussels Labyrinth). He is an advisor to the board of the EurActiv Foundation.