Not just thieves “but a regime of murderers” 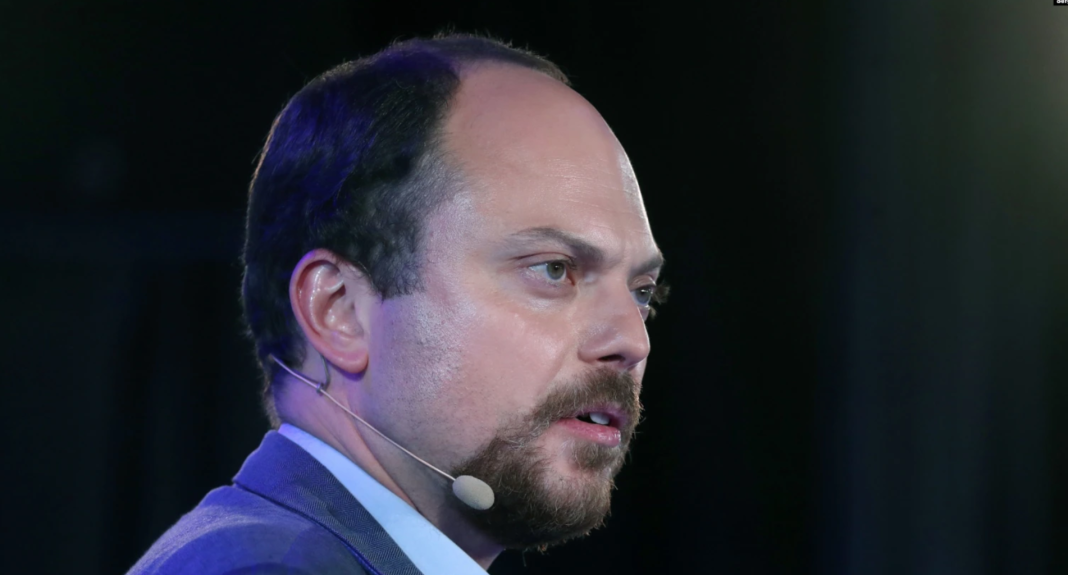 One of the most significant Russian opposition leaders was yesterday jailed for – nominally –  15 days on a transparently nonsensical charge. The arrest came within hours of a CNN interview in which Vladimir Kara-Murza (left) denounced the Putin regime as not just kleptocratic and corrupt, but “a régime of murderers”.

Fiercely articulate and courageous, Kara-Murza knows what he is talking about, having survived at least two assassination attempts so far, and seen his political mentor gunned down by a Chechen hit-squad within sight of the Kremlin.

Descended from a Tartar family of writers and thinkers, Kara-Murzan has at only 40 lived through the most tumultuous career imaginable. He owes his impeccable English to becoming a journalist in London at 16, studying History at Cambridge, becoming a BBC correspondent in Washington for a time, and launching a career in Russian politics as the protégé of the popular would-be rival to Putin, Boris Nemtsov, gunned down in 2015. Kara-Murzan has also made several documentary films, one of them on Nemtsov himself and what was done to him.

As a friend and supporter of the exiled oilman and political prisoner Mikhail Khodorkovsky, Kara-Murzan has been responsible for coordinating his (banned) Open Russia Foundation.