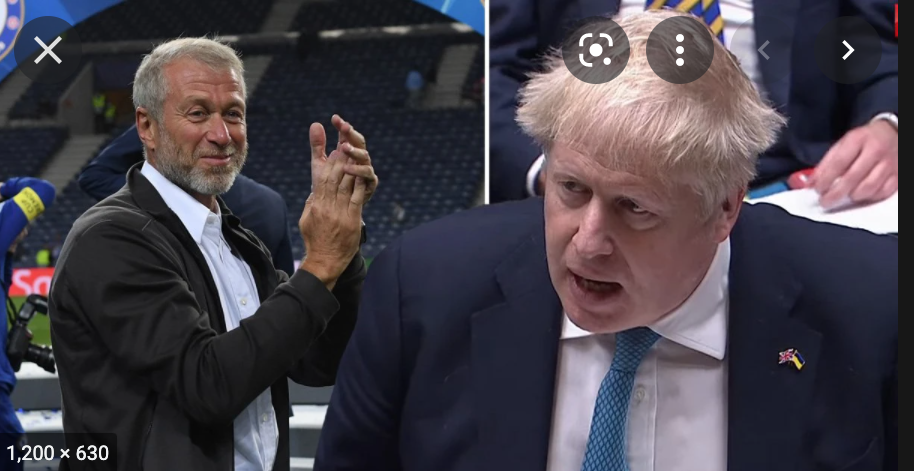 ♦ REUTERS EXCLUSIVE: Russian businessman Roman Abramovich transferred a company he controlled with tens of millions of euros of investments to a director of Chelsea football  club Chelsea on the day Russia invaded Ukraine, UK corporate filings showed. It was the second time Chelsea owner Abramovich moved assets to a close associate before Britain and the European Union imposed sanctions on him this month.

♦ Could this be connected with Britain being slower than the United States and the European Union in imposing sanctions following the Feb. 24 invasion? That’s what the lawyers are saying. Complaints are being raised that the British government was giving oligarchs time to move their assets out of the country before any curbs were announced. Neither Abramovich or his spokesman or the British government were available for comment. Watch this space…

♦ Joe Biden and Xi Jinping failed to bridge their differences over the Ukraine war, with the US president warning of “consequences” if Beijing provided military aid to the Kremlin while China’s leader lashed out at “sweeping and indiscriminate sanctions” imposed on Russia by the west. The diplomatic stand-off came during a two-hour call between the two leaders on Friday, held at the end of a week in which Washington raised fears that China would aid the struggling Russian military, which has seen its advance in Ukraine largely come to a halt in the face of fierce resistance.

♦ European stocks have wiped out losses incurred since Russia invaded Ukraine last month, with large indices on both sides of the Atlantic registering their biggest weekly advances since November 2020. The regional Stoxx Europe 600 closed 0.9 per cent higher on Friday, lifting its gain this week to 5.4 per cent. The advance in recent days has helped erase losses tallied since the close of trading on February 23, the day before Russian president Vladimir Putin launched a full-scale incursion into Ukraine, that had eclipsed 10 per cent.

♦ Bulgaria, Lithuania, Latvia and Estonia expelled a total of 20 Russian diplomats on Friday.Bulgaria said it had given 10 diplomats from the Russian delegation 72 days to leave the country. Also on Friday, Lithuania said it had expelled four Russian diplomats and Estonia and Latvia said they expelled three each. The Baltic states expelled the diplomats in a co-ordinated step that was “in connection with activities that are contrary to their diplomatic status and taking into account ongoing Russian aggression in Ukraine”, Latvia’s foreign minister Edgars Rinkevics said on Twitter.

♦ Germany has called a G7 summit next week in Brussels to discuss the response to the Russian invasion of Ukraine. Berlin, which holds the rotating presidency of the group of rich countries, is taking advantage of the presence of world leaders in the Belgian capital to squeeze in another meeting. It will take place on Thursday afternoon, on the fringes of a meeting of the leaders of the 30 Nato countries and before a summit of the EU’s 27 members.

Share
Facebook
Twitter
Pinterest
WhatsApp
Email
Print
Previous article“Russia will prevail,” cried the autarch before a ‘TV glitch’ cut him off
Next articleThe enigma of Ukraine’s skies: Russia’s air force has stayed mostly out of the fray
- Advertisement -