Organised throughout Europe by the Union of European Federalists 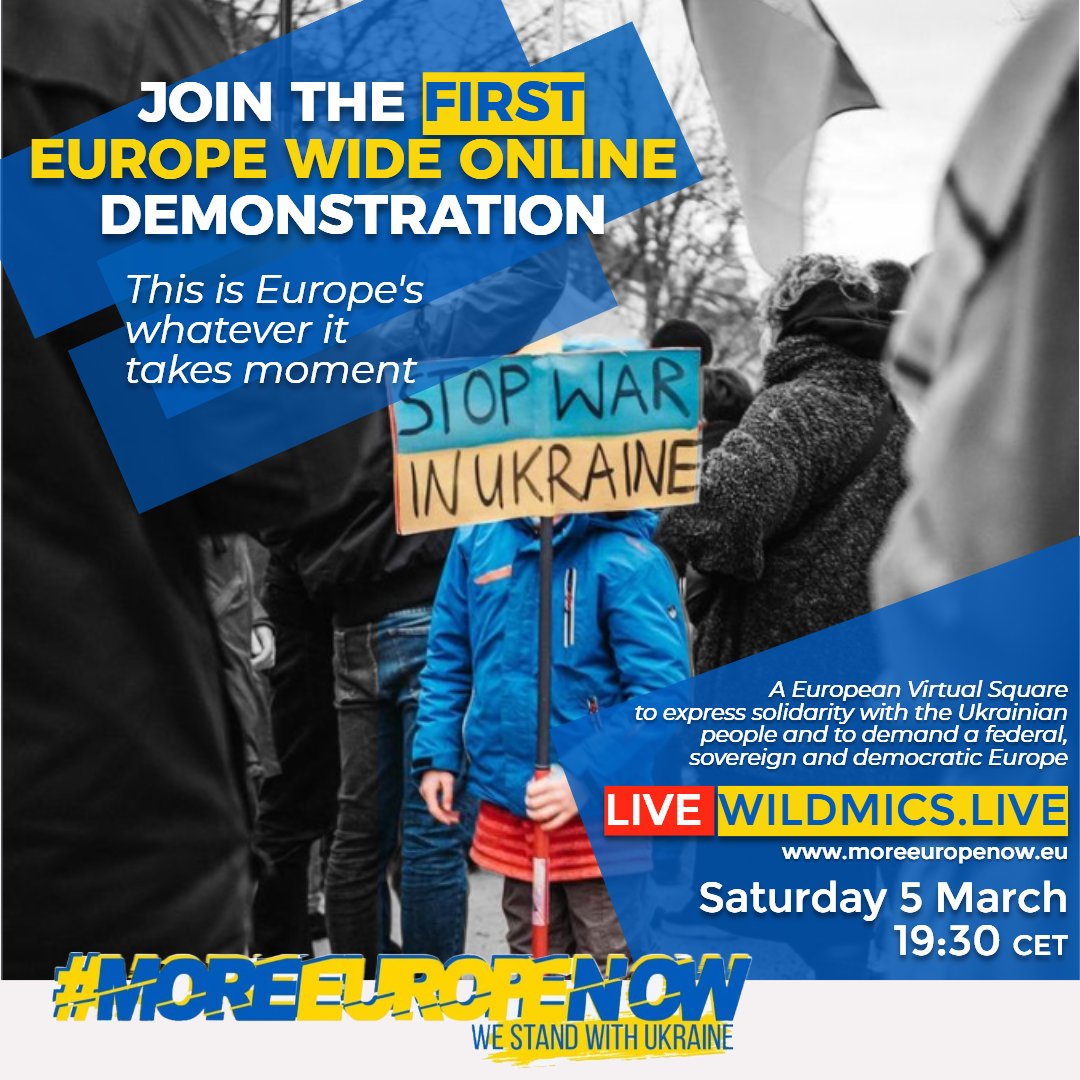 Invitees from all over Europe made a short political statement (English) followed by moments of poetry and music.

Everyone had the opportunity to participate in chats, and talks were all in English.

This proved an excellent opportunity to promote democratic values and a strong, united Europe in the light of the Conference on the Future of Europe. Despite some minor technical problems, the online discussion  was remarkably clear and fluent and often passionate.

♦  Who to blame for Ukraine catastrophe? Putin alone. by ex-ambassador in Kyiv, Leigh Turner